By Jean - December 04, 2012
This week's Top Ten, hosted at the Broke and the Bookish, is about what books we'd like for Christmas.  Which seems a little blatant, but I don't think anyone who gives me presents reads this blog anyway, unless my mom sees it.  (Hi Mom!)  So we can call this a fantasy wishlist.

10.  Roll, Jordan, Roll, by Eugene D. Genovese -- it's an enormous book so I'd like to own it so I can take a long time to read it without having to return it to the library.

9.  Gertie's New Book for Better Sewing, by Gretchen Hirsch -- I've been following Gertie's sewing blog for a long time and would love to get my hands on her new book!

8.  Goldwork Techniques, Projects, and Pure Inspiration, by Hazel Everett -- another sewing book!  I'd love to learn to do goldwork embroidery.  Affording it is the tricky bit--usually I like embroidery for its low cost! 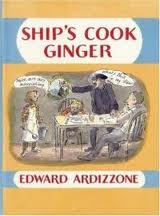 7.  The School of Freedom, ed. Marc Sidwell -- I read this collection of pieces on liberal education earlier this year, and I want to add it to my permanent library of classical education books.

6.  ALL of the Little Tim books by Edward Ardizzone, especially the rather obscure Ship's Cook Ginger.

5.  The Sagas of Icelanders, by Ornolfur Thorsson -- Just looks really good.  I want it. 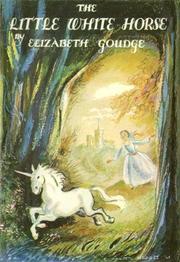 3.  The Little White Horse, by Elizabeth Goudge -- I would like to get an old edition with the illustrations.  It was illustrated by C. Walter Hodges, one of the great illustrators, and the book was dedicated to him--and the new paperback edition took out the illustrations.  How does that make any sense?

2.  The Secret of the Ron Mor Skerry, by Rosalie K. Fry -- this children's novel was the basis for the wonderful Irish movie, The Secret of Roan Inish.  I would love to get an older copy of this book with the original illustrations.

1.  Anna Karenina, by Tolstoy -- whatever the best translation is, and a really nice edition, not the cover with the inexplicable bare knees and hydrangeas (I think that's the one that calls Prince Oblonsky "Steve" anyway, right?  No, apparently that's the Wordsworth Classics).  It's on my must-read list for 2013.  (Later edit: Santa must have heard my wish, because I won a free copy!)


Other very nice ideas include Penguin English Library paperbacks, especially The Warden (or better yet all the Barsetshire books in a set!), and original copies of John Bellairs books with their Gorey dustjackets intact.  Yeah, that one's a pipe dream.