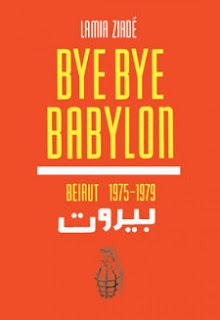 Lamia Ziadé was seven years old and lived in Beirut, a newly wealthy paradise of the Middle East.  Residents enjoyed new luxuries and tried to ignore mounting tension until the powder keg exploded into civil war.  Ziadé's memoir chronicles a child's memories and understanding of what was going on during that time--consumer goods and fancy hotels mixed up with RPG-toting guys wearing sunglasses and delighting in destruction.

This memoir has relatively few words; it's mainly images.  Ziadé has painted her memories in bright watercolors.  She was confused at the time and the book is somewhat confusing too, though it would probably help a lot if I knew more about the war in Lebanon.  Ziadé does include illustrated charts of the various factions, but there are a lot of factions. 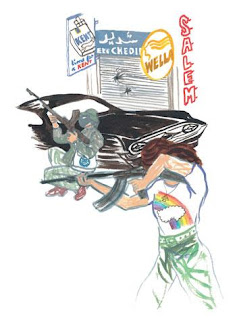 It's an interesting book that isn't quite a graphic novel and isn't quite a written memoir, either.  More like a sketchbook.
history