I'm going to continue with Bev's TBR challenges next year.  Adam, to my sorrow, will no longer be doing his. Bev hosts two:

The Mount TBR Reading Challenge is simple: pick how high you want to go.  As always, I'll be aiming for 24 books from the pile, though that is not nearly as many as I should read 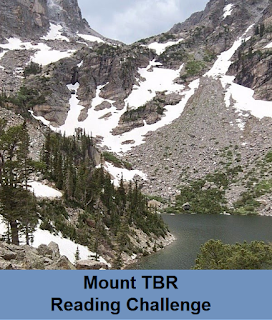 And the rules:
*Once you choose your challenge level, you are locked in for at least that many books. If you find that you're on a mountain-climbing roll and want to tackle a taller mountain, then you are certainly welcome to upgrade.  All books counted for lower mountains carry over towards the new peak.

[snip: read at Bev's blog!]
*There will be quarterly check-ins and prize drawings!


My pile is bigger than ever, so I'm signing right up for 24 titles: Mont Blanc.


The Virtual Mount TBR Challenge is library-based, which is good for me because my pile of library books is nearly as large as my actual TBR pile.   If the book is on your mental TBR list, and you get it from the library, it counts.  I'll be aiming for Mt. Crumpit, which is also 24 books.  Naturally, the virtual mountains are fictional.


I decided to create a Virtual Mount TBR Reading Challenge Books for all those folks with mile-long "wish-list" of TBRs who would like a chance to climb as well. The strategy and general set-up is the same--except you don't have to own the books. Heard about a great book from a friend, took note of the title, and then never got around to reading it? Saw a book online that you thought sounded intriguing but you keep putting off ordering it up from the library? You borrowed a book from somebody and need an extra push to read it and return it? This is the place for you! 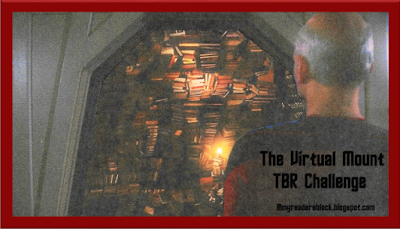 [In keeping with the virtual nature of the challenge, all mountains are fictional (references in comment below). How many do you recognize? The only one shared by both TBR challenges is Olympus--both fictional and on Mars. However, since I don't know actual heights, I have arbitrarily assigned the levels.]

~[UPDATE] Just to be clear: this challenge is only for books you do not own. They may be borrowed from the library, a friend, found on a free e-book site (like Project Gutenberg), or anywhere else that allows you to temporarily checkout the book. Also--unlike Mount TBR, there is no date limit on your wish list. If you see a book online that strikes your fancy after January 1 and you just have to go get it from the library, then it absolutely counts.

My library-books bookshelf is just as stuffed as my TBR bookshelf, so this will be good for me.  I am pretty much going to limit myself to books from the library that I've been meaning to read since before Jan. 1, 2019.  That is a lot of books.  I'll aim for Mount Crumpit, 24 books.  Also, I think the image for this challenge is great!