Showing posts from September, 2022
Show all

The Silence of the White City

By Jean - September 26, 2022
The Silence of the White City, by Eva Garcia Saenz It's a mystery novel set in Basque country!  This was my second WIT month title, but obviously I wasn't able to finish it in August.  At least it is actually a translated book, though!   Twenty years ago, a series of bizarre, ritualistic murders terrified the city of Vitoria.  The culprit turned out to be a charismatic TV host, and he was turned in by his own twin brother.  Now, the murders have started again, but with the original suspect still in prison, who could be committing them?  Inspector Unai Ayala and his partner are on the case, but clues are few.  Ayala thinks it has something to do with a medieval church in the country, San Vicentejo, which has a symbolic carving portraying the "alchemical marriage."  Ayala must dig into the past to find his quarry before more people are killed. This is a very long mystery, and it took m a while to get into it.  Flashback chapters tell a story from 40 years in the past,
Post a Comment
Read more

By Jean - September 22, 2022
Quicksand, by Nella Larsen    Some time ago I read Nella Larsen's 1929 novel, Passing, and I also wanted to read her earlier novel from the year before, which is semi-autobiographical.   Helga Crane is mixed-race, the daughter of a Danish immigrant woman and a man from the Danish West Indies.*  She is a teacher at Naxos, a (fictional) school in the South built along the lines of Booker T. Washington's ideas, and she hates it.  Helga drops everything and goes to Chicago, where she was raised by her mother's white relatives, and eventually ends up in New York City.  Here she discovers Harlem and Black culture for the first time. Helga is a mercurial woman who falls in love with one way of life, is sure it will be permanent, and eventually feels an absolute need to escape.**  After a couple of years in Harlem, she flees to Copenhagen, where she lives with an aunt and uncle, and loves that until she absolutely must flee.  Back in Harlem, she drifts a bit, unsure of what to do
Post a Comment
Read more 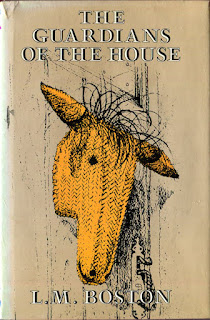 I have long wanted to collect Lucy Boston's lesser-known works, but for some reason it took me a long time to realize that I could just look on Abebooks and order them.  A couple of them are practically unobtainable, but I found four at good prices and have been enjoying them.   If you're unfamiliar with the name, Lucy Boston wrote the classic and strange Green Knowe books, which I love.  She actually lived in the house that she calls Green Knowe in the stories, which is a good 900 years old, and the house inspired much of her writing.  Some years ago when my mom and I took my kids to the UK, we visited the house and it was wonderful .  I highly recommend that you go! The Guardians of the House: Tom likes to fish by the river, and he's seen the strange old house nearby.  When he sees the owner leave one day, he decides that he must explore.  Tom gets into the house, and finds many strange old items, all of which have faces.  Looking at the head of a goddess, he is transpo
2 comments
Read more 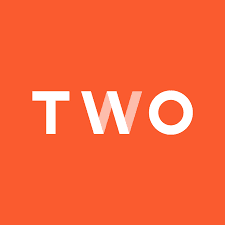 TWO!   That means I'll be reading Galsan Tschinag's second volume in his autobiographical trilogy, The Gray Earth .  The first was The Blue Sky , which I read a few years ago.  Unfortunately, the third volume was scheduled to be published in English and then evaporated.  But I'm excited to read this!
1 comment
Read more

By Jean - September 15, 2022
The Druids, by Peter Berresford Ellis I can't help collecting books like this.  I love to read about neolithic/ancient Britain, and I also like dodgy anthropology .  I wasn't sure if this book would be woo-woo dodgy silliness about druids, or reputable scholarship about druids.     It turned out to be late 90s reputable scholarship about druids, which was nice!  That was slightly unexpected, because the cover has Stonehenge on it, and Stonehenge way pre-dates the druids.  I suspect that was a publisher thing. Anyway, Ellis goes through the famous historical sources about the druids -- Caesar and the other Romans, and so on.  He points out that the Romans really hated and feared the Celts, and can't be trusted to be accurate.  They made a big deal out of the famous wicker man sacrifices, but it's difficult to pin down any real facts about that -- and the Roman sources don't mention that they weren't exactly strangers to human sacrifice themselves. Ellis then goe
Post a Comment
Read more 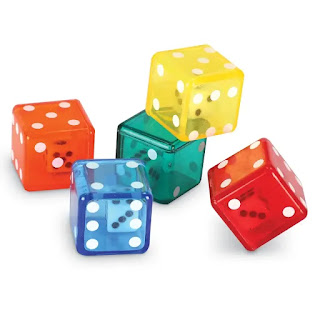 It's time for the 31st Classics Club Spin !    You know the drill.  The number will be announced Sunday,  we'll have until October 30th, and here's my list.  First Love and Other Stories, by Turgenev The Gray Earth, by Galsan Tshinag It is Acceptable (Det Gaar An), C. J. L. Almqvist  Revelations of Divine Love, by Julian of Norwich Motl, the Cantor's Son, by Sholem Aleichem The Female Quixote, by Charlotte Lennox The Annotated Flatland, by Edwin Abbott Second-Class Citizen, by Buchi Emecheta The Leopard, by di Lampedusa  The Black Arrow, by R. L. Stevenson    I Served the King of England, by Bohumil Hrabal It Can't Happen Here, by Sinclair Lewis Hunger, by Knut Hamsun Madwoman on the Bridge, by Su Tong Thus Were Their Faces, by Silvina Ocampo  Shadows in Paradise, by Erich Maria Remarque Conjure Tales, by Charles Chesnutt The Box of Delights, by John Masefield  Amerika, by Kafka The Well at the End of the World, by William Morris So there we are.  See you at the Sp
4 comments
Read more
More posts