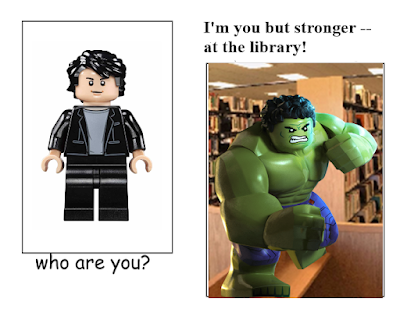 I think it's been nearly a month since I posted, and I missed Witch Week!  I just got kind of overwhelmed.  I think I'm going to take the rest of the year off, with occasional posts to wrap up challenges or have a Spin, and I'll see how things go.  I'm still reading your blogs, so I won't completely disappear, and I hope everybody is having a lovely fall/winter (or spring, as the case may be)! Also, I made a meme at work for a newsletter post encouraging students to use library resources for their research papers.  I consulted with my 19yo to see if it was reasonable or hopeless.   See what a hip, with-it librarian I am?
2 comments
Read more

By Jean - October 30, 2022
The Gray Earth, by Galsan Tschinag I finished my 31st Spin title!  This poor book has been waiting around for a while.  It's the second book in an autobiographical trilogy (though considered novels, so somewhat fictionalized) which was written in German.  I read The Blue Sky a few years ago, and am quite upset that the third book, The White Mountain, never actually got published in English.  That was supposed to happen in 2018. Galsan Tschinag is Mongolian, of the Tuvan culture, which was ravaged by Soviet dictates.  In this trilogy, he tells the story of his life; the first volume was his early childhood on the steppes, and now he is 8 years old and taken to a Soviet boarding school.  Instead of his childhood name of   Dshurukuwaa, he is now known as Galdan. Galdan's oldest brother is the principal of the school and his other sister and brother already live there, so he is fortunate in that he has family there, but he's also under pressure not to embarrass his brother
Post a Comment
Read more

The Prince of Morning Bells 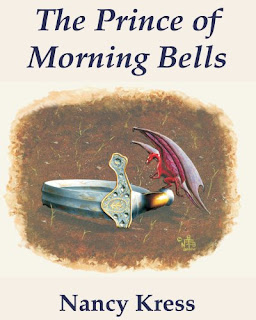 The Prince of Morning Bells, by Nancy Kress I heard of this some time ago, undoubtedly from somebody's blog, but it took a while to track it down.   It was originally printed in 1981, and has been out of print for a very long time.  This is Nancy Kress' first published novel, and she went on to do more fantasy and then SF, which I have not read (though I wouldn't mind).  And I rather assumed this was a story for younger readers, which it isn't.  It's a somewhat unusual fantasy tale, really. Kirila is the crown princess of her small kingdom, but what she really wants to do is go on a quest.  Not just any old quest, but a Quest, for the Heart of the World.  So in her eighteenth year, off she goes, with a fine horse, a jeweled dagger, plenty of everything she might need, and a small talking bat the court wizard gives her for company and guidance. The bat doesn't actually work out too well, but Kirila soon meets Chessie, a talking dog, who says he's an enchante
Post a Comment
Read more

By Jean - October 07, 2022
Nettle and Bone, by T. Kingfisher I tell you what, T. Kingfisher/Ursula Vernon is really fantastic.  What a great story.  I love that she takes the (possibly rather tired) fairy-tale retelling thing -- or just the fairy-tale style genre and wrenches it into a new shape that is sharp and truthful, not at all frilly, and also funny. Marra is the youngest of three princesses in a tiny kingdom squished between two large and powerful realms.  Her parents are constantly walking a tightrope over an abyss, and the solution seems to be to marry the oldest daughter to the crown prince of the Northern Kingdom.  When Marra's beloved sister is killed in an accident just a few months later, the second sister is sent in her place and Marra, always awkward and difficult, is placed in a convent.  She stays there for years, learning many skills, and is quite happy.  When she's summoned to her sister's side, though, she realizes that Kania may be a queen, but she's also a prisoner to a s
2 comments
Read more

The Box of Delights 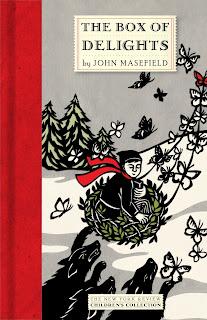 The Box of Delights, by John Masefield This story has been ridiculously difficult for me to find.  I've wanted to read it for years, as it's always being mentioned as a classic, beloved by generations of British children.  I read The Midnight Folk last year, and that turned out to be the first book, so I already knew Kay Harker when I started this one.  It was kind of a goofy thing to do to read a Christmas story in the September heat, but who cares? Kay is now about 14, I would guess, and he's home from school for Christmas.  Some friends are staying with him, so there will be plenty to do.  On the way from the station, Kay meets a little old Punch and Judy man, and invites him to come and perform at his house...and this plunges him into another adventure.  The wolves are running, and they're after the little magic box that the old man entrusts to Kay.  With it, Kay can shrink or be whisked to another place, or he can see into history.  Kay's old nemesis, the rot
6 comments
Read more

By Jean - October 03, 2022
Burmese Moons, by Sophie Ansel and Sam Garcia I have just not been very diligent lately, and the result is that I have five or six posts that need writing.  Anyway, I've been looking for a book about Burma (aka Myanmar) for a while, and this graphic novel seemed just the ticket.  It turned out to be a harrowing read. A note about the Burma/Myanmar thing.  I don't know too much about it. Myanmar is the official name now.  But, when I got to know some international students from there last year, they were all quite firm that they are Burmese.  I gather that using Myanmar sort of implies that one accepts the military dictatorship as legitimate. So I'm going to stick with Burma because of the students. Thazama, a young boy of the Zomi, grows up in his beloved village.  Raised by his grandfather, he runs around with his best friend Moonpi and has a crush on his classmate Kim.  When the soldiers arrive and demand that villagers go with them to work for a few days, Thazama's
Post a Comment
Read more 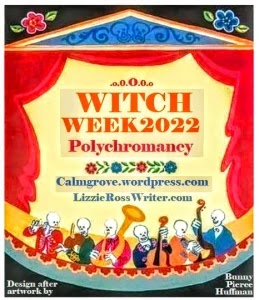 Are you ready for Witch Week?  As all Diana Wynne Jones fans know, Witch Week runs from October 31st through November 5th, and is when magic is running around loose in the world.  Anything can happen!  As in the last few years, Chris at Calmgrove and Lizzie Ross are hosting.  Their theme is polychromancy, a lovely word, as we look for fantasy works by authors of all races.   There's a discussion of Zen Cho's Black Water Sister , and other fun scheduled!  Will you be joining in?
8 comments
Read more
More posts