The Case Against Tomorrow 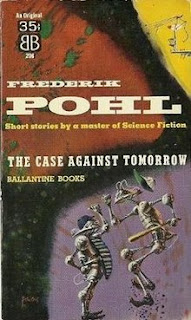 The Case Against Tomorrow, by Frederik Pohl

Here we have six short stories published in the mid-50s, gathered under the theme of 'ways in which things could go kind of wonky in the future.'  They're not anti-future, of course, just oddball takes on it.

The first one, I had read before, though I don't know where.  "The Midas Plague" involves a future in which robots produce a world of plenty, but there's far too much, so it's the job of the poor to consume all the food, clothing, home decor, and everything else.  It's a terrible amount of work, and the richer you are, the simpler a life you can live, and work at an actual job.  I particularly liked the mandated group therapy, which involves a group of therapists for the poor client; only the rich can afford to have just one therapist at a time.  What is the solution to all this plenty?

I didn't much care for "The Census Takers" -- which was about overpopulation but wasn't any too clear about it -- or for the futuristic baseball game, because who cares.  "Wapshot's Demon" was just OK.

"The Candle Lighter" was rather fun, being about a guy who makes his career protesting for justice, especially for the poor oppressed Martians, but when he's actually put in charge of something on Mars, he finds that he's never bothered to find out what the Martians actually want and need; which of course doesn't have much to do with his human ideas about what is just or not.

"My Lady Green-Sleeves" had a future in a society strictly segregated -- not by race, but by class -- with a girl who goes to prison for her radical ideas about the brotherhood of all classes.  And then there's a prison riot with strange consequences.

Reasonably entertaining.  Though I didn't much care about three of the six stories, those were also very short, and the three I liked took up a lot more space. 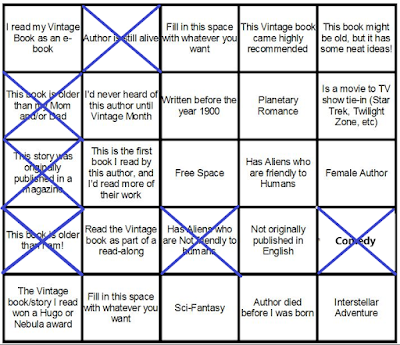