RIP XII: The Castle of Wolfenbach

Here it is, the first Horrid Novel!  Eliza Parsons wrote it in 1793, just a few years into her career.  She wrote to support her family, and turned out 19 novels and a play in her 17 years as a writer.   This was a fun read, and I zoomed right through it (weeks ago now).  It starts off in the trackless forests of Germany, but ends up traveling all over the place, to France and England and Italy, and even further! 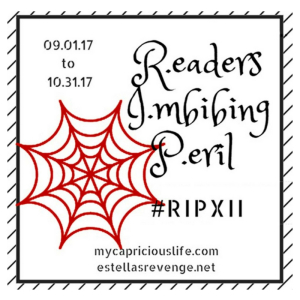 On a dark and stormy night, a poor German peasant couple receives an exhausted lady and her manservant.  They direct the lady to a nearby castle, but warn her that it is haunted!  She is undaunted, however, and when the groans and rattling chains start, she simply grabs the nearest candle and starts exploring.  Thus she meets a lady, secretly imprisoned, and as they become instant friends, they start to confide their stories to each other.  Our heroine is Matilda, escaping from the nefarious intentions of her guardian uncle (if he is her uncle at all).  The other lady plans to tell her story the next day, but instead she is abducted from her prison!  Matilda is bound to try to locate her despite the lack of all clues, while also still evading her own wicked uncle, so she heads off to Paris to find the lady's sister....and pretty soon everyone is rushing all over Europe!

Matilda is brave, sensible, and intelligent (if rather given to fainting later on in the story).  In fact nearly everybody is.  Not only that, this novel is not notably anti-Catholic!  Matilda heads off to a convent of her own free will, and everybody there is pretty nice.  The abbess isn't even a secret Protestant or anything.  There are relatively few villains: two evil men and two women, one spiteful and one simply foolish.  Even the Turkish pirate turns out to be a good man. 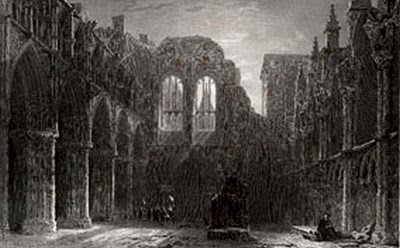 So this was not nearly as bonkers as most Gothic novels.  I have a lot more respect for the author and her characters, but on the other hand....it's not as entertaining either.  I open a Gothic novel expecting ridiculous mayhem, and The Castle of Wolfenbach only sort of delivers that.  Still, it's a perfectly good read and quite fun, and at least your average English miss wouldn't have imbibed awful ideas about Catholics, or even French people, from it.

Here's a bit that really cracked me up -- just a musing on the foolish lady's character:


That woman, thought he, has many amiable qualities, but she wants steadiness and respect for herself: an imbecility of mind makes her resign herself up to her passions, from the want of resolution or fortitude to subdue them; she has naturally a good and generous heart, but she is easily led aside by others more artful than herself.