The Case of the Missing Servant 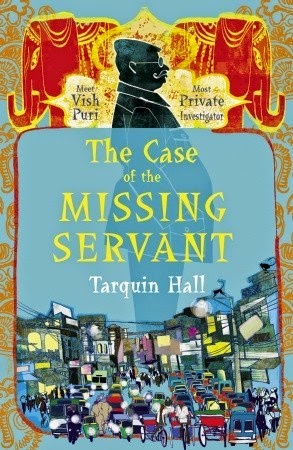 The Case of the Missing Servant, by Tarquin Hall

Note: I wrote this several days ago and then forgot about it before publishing.  I have just finished the second volume, so I'll tell about that too at the end...

My mom told me about this new mystery series she was sure I would like.  Vish Puri is India's Most Private Investigator, and he is good at his job.  Much of his routine business is background checks for marriages, but there is plenty of other work too.

In this first story, Puri has three problems to solve.  The main case is the disappearance of a servant girl from a high-profile lawyer's home.  Kasliwal has a habit of suing corrupt officials and judges, and they're dying for a chance to discredit him and put him in prison, so Puri has to find out the girl's true fate--a tough job, since no one seems to know where she came from or even her last name.  In his spare moments, Puri investigates a surprisingly quiet prospective groom, and starts to try to figure out who tried to shoot him the other day, but his mother takes that case on (to his irritation).

I liked this mystery story a lot--it's fun, the mysteries are good solid puzzles, and there is plenty of India to make me happy.  Vish Puri is a good lead character with lots of personality and a bunch of assistants who are also interesting.   I've got the second installment on hold already.
_____________________

I read the second volume, The Case of the Man Who Died Laughing.  It was really fun, and if you're a mystery person, or an India-phile person, these are good stuff!  In the second case, a famous skeptic is murdered when an apparition of the goddess Kali manifests out of thin air.  Mr. Puri knows it must have been an illusion of some kind, but who could have pulled it off?
mystery