Of all the Classics you've read this year is there an author or movement that has become your new favorite? Which book did you enjoy the most? Or were baffled by? Who's the best character? The most exasperating? From reading other participants' posts which book do you plan to read and are most intrigued by?

Doctor Zhivago, Madame Bovary, and The Age of Innocence were all favorites this year, and all were new authors to me.  I will be reading more Edith Wharton for sure, and will re-read the other two, but I'm not sure that I will read Pere Goriot or much more Flaubert, but o at Delaisse wrote about The Dictionary of Received Ideas and that sounds like something I want to read.  I don't know what else by Pasternak to read--he wrote a lot of poetry, so maybe My Sister, Life, which is a major poetic classic in Russia? 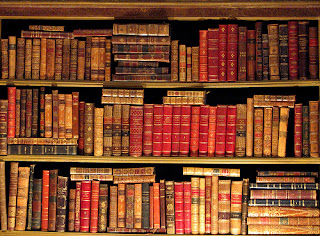 Labyrinths was pretty baffling, but I liked it too.  The Master and Margarita was even more baffling!  Farewell to Arms was kind of baffling too, but not in a good way.

Best character is an unexpectedly tough question, if it's asking who I liked best.  A lot of my favorite books this year were about awful people!   Mina Harker is about the only one I would want to be friends with, and Madame Olenska too.  The character who is drawn best is a different question and I think that is certainly Emma Bovary again.  She is all over this post.

Young Werther ties with Emma Bovary for most exasperating character.  Werther is whiny and self-pitying, and Emma is discontented because she thinks life ought to be a romance novel.

I really, really want to read Anna Karenina.  I've added an awful lot of books to my list this year after reading about them on various blogs, so it's completely out of control.  That's OK though.
classics