This is How I Read (Month of Faves 2)

By Jean - December 05, 2016
Estella's Revenge is hosting a month of favorite things.  Today: what do we read?

Mon. | Dec. 5 – This Is How We Read #AMonthofFaves2016 – eg. Number of books read so far, genre you read the most from, picture of favorite (or most often used) reading location, most read author, % eBooks, hardcovers, paperbacks and/or audiobooks, hint at what your favorite read of the year is (let us guess), types of books you wish you read more of, month you read the most and least)

Goodreads says I have read 130 books, which doesn't count the fluffy mystery re-reads that I don't bother recording.  (For example, I have not recorded anywhere that my brother gave me a pile of old Three Investigator books at Thanksgiving, and I'm on something like #6, or that I'm reading Aunt Dimity mysteries at the gym.)  I have blogged about most of those, but not all -- maybe 120-125 books blogged about this year.

This year has been a mix of world literature and non-fiction, with some medieval literature and SF/fantasy thrown in too.  In other words, it's my usual eclectic brew.

I don't keep stats on what kind of book I'm reading, but it's overwhelmingly hard copies, and at a guess about 60% paperback.  I'm having a hard time reading ebooks for any but the most fluffy of reasons, which is too bad, since I have some great non-fiction on my Kindle app.  Part of the trouble is that I much prefer Aldiko, which I can read in gold on black (perfect for night time!), but all the more serious books are on Kindle, which only offers white on black (ow, my eyes!).  I don't listen to audiobooks at all; I've always found them frustrating.  I like lectures, but not books. 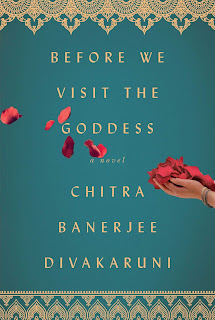 Most read author would certainly be Kage Baker, since I did a re-read of the entire Company series this year -- about ten books.  Usually, Diana Wynne Jones would win that contest, but I don't think I read ten this year (though it's probably seven or eight, and I plan to read The Pinhoe Egg again soon!).  I also had a bit of an Eleanor Farjeon kick, as I bought several of her books.

The month I read the least would probably be June, since we spent half of it racing around southern England.  January or March would appear to be when I read the most -- January's Vintage Sci Fi month always brings in a lot of short reads, and March was DWJ/Pratchett month.

I don't know that there is a type of book I wish I read more of, proportionately speaking; just that I could squish more reading of the same kinds of things into my life.  More history!  More medieval literature!  More Ukrainian novels! 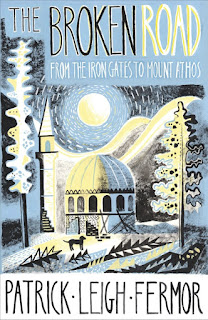 Favorite book of the year: Gosh, that's a tough one.  I've read some wonderful stuff this year!  And I hate picking favorites.  But some of my best reads have been travel (like The Broken Road) and novels by favorite authors (like Before We Visit the Goddess and Gentian Hill).

I've had some wonderful literary moments this year, and yesterday I mentioned the Green Knowe visit as one, but I should have included meeting Chitra Banerjee Divakaruni!  That was certainly a squee-worthy evening!