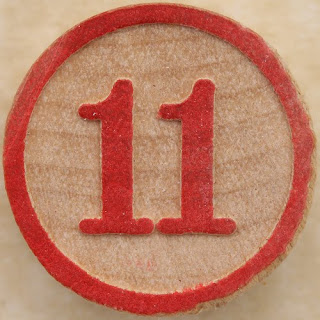 Cassandra tagged me, so here we go!

The Rules:
So here are my fun facts, different from the 7 fun facts I wracked my brain to come up with last time:

Here are the 11 questions I have to answer:

Here's the problem--I don't like tagging people because it's too much like a chain letter! So, here are my 11 questions, but you can answer them in the comments. I want to hear from all of you, and if you want to post on your blog, consider yourself TAGGED by me.

Eva said…
I loved reading your answers! I've just started studying Spanish myself so I'm a little more prepared for my trip to Mexico, and it's been fun so far. I can't help being thrilled by the lack of cases after Russian. hehe

Anyway, here are my answers...

Can you type properly, or are you a hunt-and-peck kind of person?
I can type properly; we had lessons all through elementary school that involved them turning off our monitors while we typed. :o

Why are you named what you are named?
I had a great grandmother named Eva.

What is your favorite breakfast?
An everything bagel with a thin spread of real butter.

Charles Dickens or Leo Tolstoy?
Tolstoy! But really, almost every author would win with me if they're up against Dickens. hehe

Are you more of a big-city or a rural sort of person?
Big city: I love museums & restaurants & bring able to walk everywhere.

Are you going to celebrate Pi Day, and with what kind of pie?
Nope: I don't really like pie, except for pumpkin. & I limit that to Thanksgiving because otherwise I'd eat WAY too much of it!

Would you rather have Indian or Mexican food for dinner?
If I'm cooking, Mexican. If I'm a restaurant, Indian!

Who was your best friend when you were 10?
Mary, a classmate whose family lived just outside of town and had chickens, goats, and a couple of donkeys.

As long as we're doing nostalgia, what was your favorite song when you were 14?
Probably "Lightning Crashes" by Live.

What odd thing has happened to you lately?
When I went to pick up my library holds yesterday, I found a book called "The Ultimate Flooring Guide: Everything You Need to Know About Choosing and Installing Flooring." I'm the polar opposite of the DIY network, so I was trying to figure out how I'd accidentally requested it. But I went to the librarians, and it was actually meant for another patron at a different branch, but somehow got attached to my gardening book.

Jean said…
Thanks Eva! I hear ya on the cases in Russian. Those drove me bonkers. But when my kids started doing Latin, I was happy I knew about them!

Eva said…
I studied Latin in high school, so going from that into Russian it wasn't until I started studying French my sophomore year of college that I realised there were foreign languages *without* a bunch of cases. lol!