Lovely is the Lee 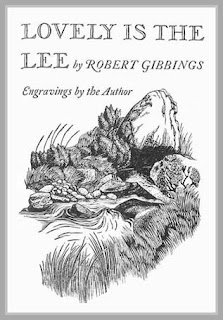 Lovely is the Lee, by Robert Gibbings

This is one of those nice, peaceful books where the author wanders around the countryside and writes about it. I liked it very much. Apparently it was quite a hit in the mid-40s when it was released; Gibbings had already written two books about the countryside and there was another after this one. Gibbings became quite well-known and appeared on the radio and even television. There is not one word about World War II in this book, which was probably part of its appeal, but at the same time, everyone knew that the things he wrote about were in danger of disappearing. I expect a lot of it has disappeared by now.

Gibbings starts in Galway and just sort of wanders around the Irish coast for several months. He visits tiny islands, goes out with fishermen, and meets interesting people. There is a lot about birds and fish, a good bit of history, and many anecdotes about fairies and weird happenings--I think I liked that best. Eventually Gibbings ends up in Cork, his own birthplace, and tells a little about his father, friends and boyhood escapades. (Cork is on the River Lee, which is where the title comes from.) Then he wanders some more.

There is not much structure to this book, and it's very relaxing to read. It's a bit deceptive when you pick it up; I thought it would be quite short and yet it goes on for chapter after chapter--maybe the pages are thin. It makes for good bedside reading, or for when you've only got a little time, since there's not much plot.

I didn't plan to finish the book just in time for St. Patrick's Day, but that's a nice coincidence. As long as we're here, I'll tell you that my all-time favorite movie is also about the west coast of Ireland--it's The Secret of Roan Inish, which would be the perfect movie to watch this weekend! If you're very lucky, you might be able to find a copy of the original story, The Secret of the Ron Mor Skerry, by Rosalie K. Fry. I would love to own the book, but so far I've only gotten it through ILL.

Oh I forgot to say: This is from my TBR pile, and I'm counting it as a travel book for the Mixing It Up Challenge. 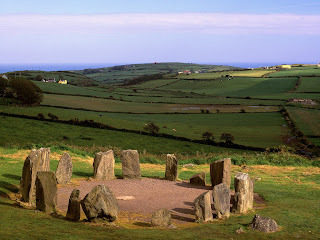 Mixing it up TBR challenge