The Improvement of the Mind 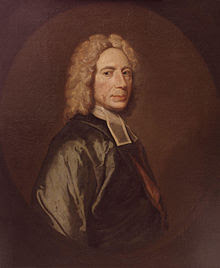 The Improvement of the Mind, by Isaac Watts
One of the things I really love about having a tablet with e-reader apps is that I can get old and obscure books --for free! --that I can't easily get in real life. Isaac Watts' Improvement of the Mind is one of the first books I downloaded, and it's been a reading project for a while now. My copy is 400 pages long, and quite old--a second edition from 1743, printed in that old-fashioned script where nouns are capitalized and most of the S's look like F's. It's a copy from the Bayerische Staatsbibliothek, which also made me happy.
Isaac Watts is most famous for his hymns and poetry, but he was also a well-known theologian and logician. His handbook of logic (which I've also downloaded!) was the definitive work on the subject for many years, and Improvement of the Mind was a follow-up work, all about self-education. I originally heard of it in a lecture on self-education for busy moms by my favorite homeschooling theorist, Susan Wise Bauer. She quotes Watts' encouragement for those of us who feel unqualified to tackle difficult works: "acquaint yourself with your own ignorance, and ... impress your mind with a deep and painful sense of the low and imperfect degrees of your present knowledge..." His point is that everyone is ignorant, so don't worry and dive in.

It's got quite a lot of good stuff to think about, and I was surprised at how much I enjoyed it. His style is nice and clear, and I found it quite easy to read. Here are some of my favorite bits that struck me as entirely relevant to the modern reader:
On our natural mental defences against losing an argument:
When Truth with bright Evidence is ready to break in upon a Disputant, and to overcome his Objections and Mistakes, how swift and ready is the Mind to engage Wit and Fancy, Craft and Subtilty, to cloud and perplex and puzzle the Truth, if possible? How eager is he to throw in some impertinent Question to divert from the main Subject? How swift to take hold of some occasional Word, thereby to lead the Discourse off from the Point in Hand? So much afraid is human Nature of parting with its Errors, and being overcome by Truth."

On the advantages and disadvantages of debate:
But there are some very grievous inconveniences that may sometimes overbalance all these advantages. For many young students, by a constant habit of disputing, grow impudent and audacious, proud and disdainful, talkative and impertinent, and render themselves intolerable by an obstinate humour of maintaining whatever they have asserted, as well as by a spirit of contradiction, opposing almost every thing that they hear. The disputation itself often awakens the passions of ambition, emulation, and anger; it carries away the mind from that calm and sedate temper which is so necessary to contemplate truth.

And this is such a good description of my own distractibility that I should probably print this out and stick it on my mirror as a reminder to focus:
In the pursuit of every valuable subject of knowledge, keep the end always in your eye, and be not diverted from it by every pretty trifle you meet with in the way. Some persons have such a wandering genius, that they are ready to pursue every incidental theme or occasional idea, till they have lost sight of their original subject.

So I found it very worthwhile reading.
classics