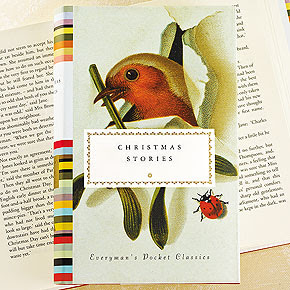 Now I'm late and no one will want to read about Christmas books.

After The Country Child, the other Christmas book I wanted to read this year was Christmas Stories, an Everyman collection of short stories. They're arranged approximately chronologically, starting with Charles Dickens and ending with some modern selections. I particularly enjoyed stories by Trollope, Tolstoy, Willa Cather, and O. Henry (not the Magi one, a cowboy story), and I wasn't so wild about the modern ones. 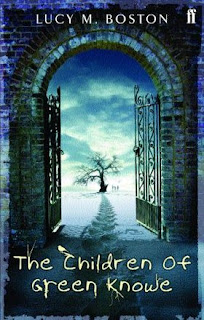 If you'd like to know about my favorite Christmas books that I always like to read in December, they are both children's books. The Children of Green Knowe is part of the classic-but-forgotten series by L. M. Boston--I think it's really the first one. Tolly goes to visit his great-grandmother at her old manor house of Green Knowe and starts to meet the many inhabitants of the place, but some are ghosts. My husband read this aloud to our kids last year and thought it was completely weird and creepy, but it's really good! If you're an Anglophile and like old stories and legends, this series is necessary for you to read. 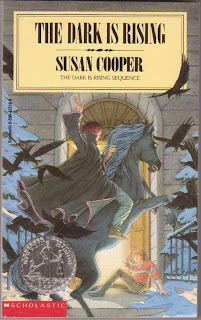 My other favorite is The Dark is Rising, which is the second book in Susan Cooper's series of the same name. Will turns 11 on Midwinter Day and is sent on a quest for 6 ancient signs that he must collect over the Christmas season. This is a great series for a kid who enjoys fantasy, and another good selection for anyone who likes old British legend.

I hope everyone had a wonderful Christmas, as we did. The best part was that everyone in my extended family is employed, so that all by itself made it the best Christmas ever.
52 books