By Jean - March 28, 2019
Brona did a fun TBR meme the other day, and then Fanda followed suit, and I thought it would be fun to join in.  I'd love to see yours too!


Twenty-Four Things from my TBR:

Dancing Goddesses: Folklore, Archaeology, and the Origins of European Dance, by Elizabeth Wayland Barber: I just loved this book but it's hard to describe, so here's the official synopsis: A fascinating exploration of an ancient system of beliefs and its links to the evolution of dance.  From southern Greece to northern Russia, people have long believed in female spirits, bringers of fertility, who spend their nights and days dancing in the fields and forests. So appealing were these spirit-maidens that they also took up residence in nineteenth-century Romantic literature... 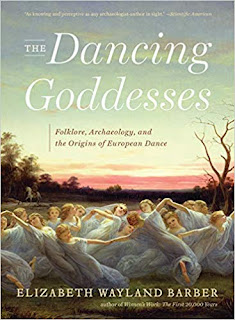 Doctor Zhivago, by Boris Pasternak: I loved this novel so much the first time, I really do want to read it again...
Tales from Hoffman, by E. T. A. Hoffman: been meaning to re-read these odd German Romantic tales.
Caleb Williams, by William Godwin: I remember enjoying this in college, but have no memory now of any of the story.
The Prose Edda of Snorri Sturluson: another I enjoyed in college, and have been meaning to re-read.


4 Books On The Bottom Of The Pile

Uncommercial Traveller, by Charles Dickens: I have this adorable little red volume that must be ages old.  Can't remember where I picked it up, but it was in college.
News From Nowhere and Other Writings, by William Morris: I opened it once and was rather intimidated, but surely I can read Morris. 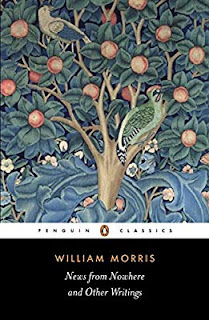 The Imitation of Christ, by Thomas a Kempis: one of those books I've been meaning to read forever.
Specimens of the Pre-Shakespearean Drama, ed. by Manly: I picked this up as a library discard from the university.  It's in two volumes and I never got around to really reading it, but recently I opened them up to see if I wanted to keep or let go, and the second volume grabbed me...so we'll see.

Midnight Riot (Rivers of London), by Ben Aaronovitch: I've been wanting to get hold of this for a while.  It's a murder mystery series with magic thrown in.  Found the copy when I went to the Chills concert.
Pagan Britain, by Ronald Hutton: I won the prize in Adam's TBR Challenge for 2018 (yaaay!), and spent it on this and the next one! 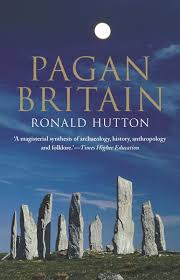 Few Eggs and No Oranges: the Diaries, 1940 - 45, by Vere Hodgson: This is too long to ILL, but I've wanted to read it ever since I heard of it.  A continuous diary of wartime London by a pretty ordinary woman.  Yes please!
Natasha's Dance: a Cultural History of Russia, by Orlando Figes:  Came across the donation table.  If I didn't have enough Russian history to read already, but this is supposed to be excellent and it's not just about the 20th century!

4 Books That Won Awards
I had to look really hard; I took every book off the shelf and checked to see if it had won anything.  These are the four I found.

When They Come For Us, We'll Be Gone: The Epic Struggle to Save Soviet Jewry, by Gal Beckerman: National Jewish Book Awards. 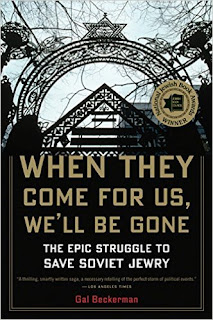 The Ultimate Tragedy, by Abulai Sila: a novel from Guinea Bissau, won the English Pen Award.
The Book of Chameleons, by Jose Eduardo Agualusa: an Angolan novel, winner of the Independent Foreign Fiction Prize.
Secondhand Time, by Svetlana Alexievich: Nobel Prize, as all probably know.

Arthurian Romances, Tales, and Lyrics by Hartmann von Aue: OK, I've been keen for months and haven't gotten to it yet...but I still am!
Kalpa Imperial, by Angelica Gorodischer: the description of this Argentinian SF book really grabbed me.  Plus it's translated by Ursula K. LeGuin! 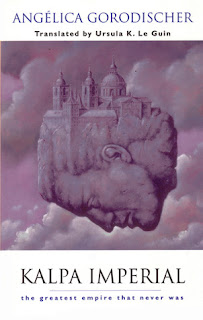 The Zelmenyaners, by Moyshe Kulbak: A Yiddish comic classic I've been looking forward to since I heard of it.
Voodoo Histories: The Role of the Conspiracy Theory in Shaping Modern History, by David Aaronovitch: bought at Moe's Books last year, pretty excited about it.  Conspiracy theories only seem to be getting more widespread and influential -- one effect of the internet I'm not too keen on.

Decline and Fall of the Romantic Ideal, by F. L. Lucas: This and the next one were both library discards that caught my eye.  My eye is often caught by such things, but that doesn't mean I'm actually going to read them...but it does sound interesting...
Ancilla to Classical Reading, by Moses Hadas: Doesn't that sound kind of catchy?
Russian Thinkers, by Isaiah Berlin: I tried, but I think this might be too heavy for me.
Seveneves, by Neal Stephenson: don't know whether to keep this SF book or not.  Some people love it, but intergenerational narratives have never been my favorite. 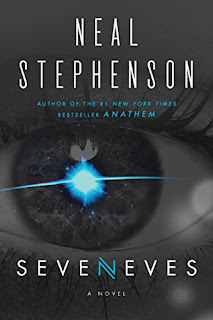