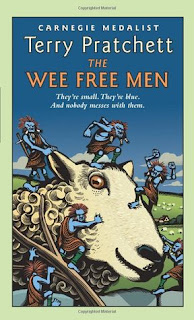 It's #MarchMagics Pterry Day!  The readalong was Wee Free Men, and I thought I'd try listening to the audiobook, as my mom said it was fantastic.  I don't usually like audiobooks, so this is a departure for me.  (Usually, I lack the patience to listen to a book I know I could be reading about five times faster.  Also I tend to let my mind wander and then I get lost.)

And indeed, the audio version of this book IS fantastic!  It's beautifully read, and Briggs gives everybody a wonderful variety of accents.  I recommend!

Now, in my opinion, the Tiffany Aching series is just about Pterry's apex of writing.  It would probably be hard to get any better.  The way he managed to blend humor, myth, and Big Important Stuff is simply amazing to me.  Tiffany is a fantastic character, and the Nac Mac Feegles are sheer genius.

As a result, it's hard to find much to say about The Wee Free Men besides enthusiastic words.  So I'll keep this short and participate in the discussion that should happen at Kristen's blog today.

Looking around, I saw that the Jim Henson Company announced it would be making a Wee Free Men film, which sounds like a great idea, but that was all from 2016 and there doesn't seem to have been much news since then, so I guess I won't hold my breath.

So many different covers!  Here are just a few. 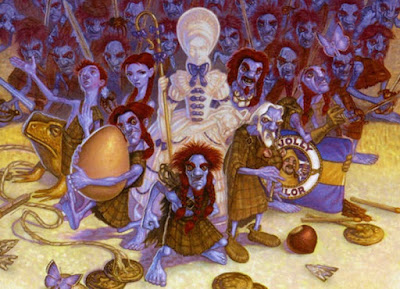 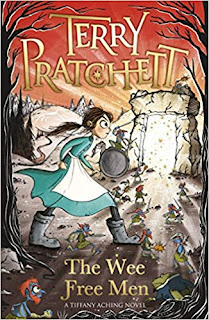 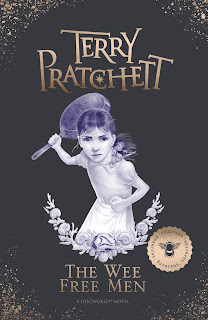