The Light and the Dark 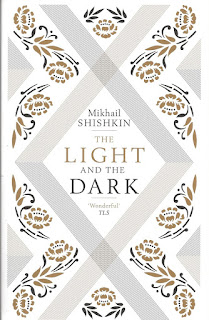 The Light and the Dark, by Mikhail Shishkin

A few years ago I read a modernist novel by Shishkin, Maidenhair, which was strange and intriguing.  I've been meaning to read his next book for quite some time and I finally did it.  By now he's probably published three more, oh dear.

This is a love story, maybe.  Alexandra (Sasha) and Vladimir (Vovka) are separated lovers who write to each other.  In long alternating letters, they reminisce about their time together, talk about their memories, and share what's happening in their lives.  Except...after a while, the reader starts to notice strange things.  Volodya is a soldier, and eventually we realize he's in China, helping to put down the Boxer Rebellion.  If you look for indications of Sasha's environment, there are few clues, but she is more modern and seems to live at the end of the century.

And both of them seem to be writing into a void; they never reference each other's letters.  Vladimir addresses Sasha directly and longs for her, but after a little while Sasha's words are more like diary entries than letters.  Only near the end does she really address Volodya again, and by then he might be dying.

Not at all a difficult read, but certainly a strange one.  I'm not sure what to make of it.  Maybe it's supposed to make an ouroboros.  It was interesting, though.

While looking for an image to use, I found out that in Russia, a play was produced, called The Letter Book, which appears to be the Russian title.
modern fiction Russian literature TBR challenge