The Child From the Sea 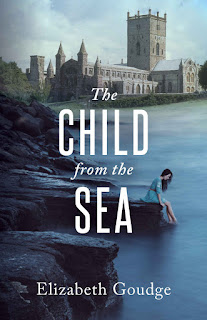 The Child From the Sea, by Elizabeth Goudge

I picked this up (I've been saving it) because I thought I'd like a lift, and Goudge novels are generally guaranteed to produce some nice feelings.  I have to say, this one is a bit different!  It doesn't have a happy ending, there's a lot of tragedy, it's more of a tough read than I expected.  It is, after all, historical fiction based on a real person's life and that person had a tough time.

In the novel, we meet Lucy as a small child living on the Welsh coast in an old and battered, but mostly functioning, castle in about 1636.  She loves her home and her family, which is beautifully evoked, but there are also shadows at the edges, as English politics are becoming divided between Puritans for the Parliament and Cavaliers for the royal family.  Charles I is on the throne.  As Lucy grows up, she meets other children in influential families, and even becomes a little acquainted with  Charles, the Prince of Wales.

Lucy's family breaks up, and so does her castle home, which is ruined in a battle when the Puritans take over the area.  In her mid-teens, she meets up with Charles again, and they fall deeply in love.  He spends a lot of his time in traveling or hiding, but eventually they meet again and, rather than the affair Charles expects, they are secretly married.  Charles stays for only a few days, and then he goes into hiding for two years.

Lucy occupies herself with caring for her parents (seperately), and then goes to Holland in hopes of meeting Charles.  For the next ten years, she is known publicly as Charles' mistress, sees him only rarely, bears two children, and lives an extremely difficult life as everyone else hopes to prove the marriage invalid.

It's a tearjerker of a novel and after the first, sunny half, did not cheer me up one bit.  It is, however, beautifully written and full of Goudge's trademark insight and love of beauty.

I did wonder how historically accurate it could be.  Set against the Stuart court and the English Civil War, Lucy appears improbably lovely of character.  I looked up a sketch of the real Lucy Walter's life, and wow, most of what I found was highly judgy.  Goudge did play fast and loose with some historical detail, especially the nature of the marriage (history says that if it existed at all, it was performed by a particular minister, while Goudge has a whole subplot of two characters and renders the wedding certificate truly invalid).  Everything else was difficult to ascertain, since the biographical sketches characterized her in terms just as unlikely, but opposite in character to how Goudge drew her, and not much is known for certain anyhow.

It's a really good novel, but a tearjerker.  It's very enjoyable historical fiction, in that Goudge is excellent at producing an atmosphere with wonderful detail that feels more authentic (to this nitpicky reader) than historical fiction usually does.  But as far as the actual details of Lucy's life go, I think they were somewhat beautified and changed for artistry.