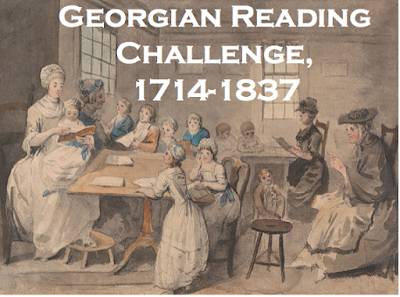 I have a couple of Georgian novels on my TBR pile and maybe this will help me get to them!  A minimum of FOUR is a little daunting, I must say.  I don't think I can read four Georgian novels.  But Boswell's Journey to the Hebrides would count too, and I could read a history book or some Rambler essays.  The 18th century isn't one of my big favorites, but perhaps it will become such.

I declare my Georgian Era to be 1714 - 1830.  I shall eschew all things Williamite!  Sorry, William.
English literature