By Jean - May 07, 2017
The other day, Ruth at A Great Book Study posted this fun tag, which she got from Jillian at Dear Diary.  So I thought I would join the fun...everybody is doing this one right now!


1.   An over-hyped classic you never really liked:  OK, I'm a Philistine, or else I didn't read it at the right time, but Catcher in the Rye.  I read it at 14 because it seemed like a lot of people liked it (it's the book every teen celebrity recommends in order to sound good), and I didn't get it.  I found Holden annoying.  I read it again in my 30s to see if he was still annoying, and by then I was a mom -- so what I mostly noticed was that Holden spends two or three days with no sleep, consuming only alcohol.  That boy needs a glass of milk, a large sandwich, a quart of water, and a good night's sleep, and then he will feel much, much better.  A nice hot shower would help too.  After that he needs a summer job on a construction site and a grief counselor.

I realize that Holden is supposed to be a mess, for specific reasons, but mostly I just want to make him drink a lot of milk.

2.  Favorite time period to read about :  Oh, there are so many!  Probably the Middle Ages?  I love the High Medieval period, the Early Middle Ages...the Renaissance not so much maybe.  I'm also a sucker for WWII, Victorians, Edwardians, and many other times and places.


4.  What is the most embarrassing classic you have not read?  There's nothing I'm embarrassed about not having read.  By now I've read most of the more famous classics that I intend to read (Moby Dick is not included in this list), and there's lots of time to read more.  There's nothing embarrassing about not yet having gotten to a particular book, I don't think.  Well, it was probably a little embarrassing that at age 19 I had not yet read Little Women, but as a kid I was allergic to anything that said 'classic' on the cover.

5.  Top five classics you want to read :
Two of these are actually re-reads, but they're still on my top five!

6.  Favorite modern book or series based on a classic : Jasper Fforde's The Eyre Affair, and subsequent titles.  He pretty much just romps barefoot through the meadows of literature.  My favorite joke is when a Shelley impersonator mugs somebody, leaving a tract on atheism behind. 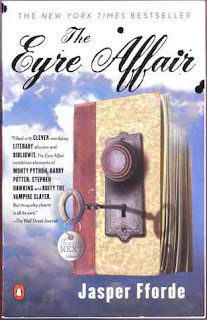 7.  Favorite movie version or TV series based on a classic :  Well, it must be confessed that I am really very bad at watching movies and TV.  I am years behind on seeing BBC adaptations; I haven't seen Lark Rise to Candleford or Bleak House or anything, it's pathetic.  I mean, I read and loved Lark Rise to Candleford in 1995 (before it was cool!), but I've failed to see the TV.  So I can only choose from a few things, but I did like the Northanger Abbey movie I saw several years ago (would love to see that again!), and of course, the A&E Pride and Prejudice.  Oh, and let's not forget the 1985 Anne of Green Gables, which is perfection itself (we shall not mention Anne III; it does not exist). 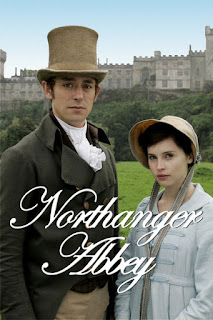 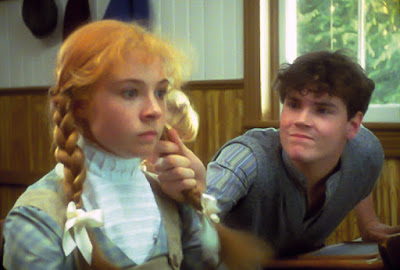 8.  Worst classic to movie adaptation :  The first thing that comes to mind is a really terrible Lion, the Witch, and the Wardrobe that was on Wonderworks in the 80s.  Oh golly it was awful.  Casting Billie Piper as Fanny in Mansfield Park also seems like a mistake. 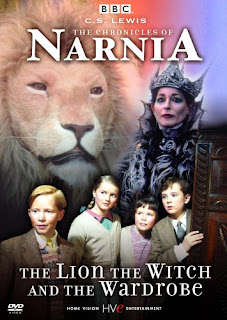 9.  Favorite editions you would like to collect more of : Well, if I could really have my way, I'd collect Anchor paperbacks with Gorey covers!  Somebody ought to reprint those; they'd make a mint.  If we're staying in the realm of the possible, I like the paperback Penguin English Literature series (not the hardback, which I don't like so much).  I would love to have Trollope's Barsetshire novels in those editions. 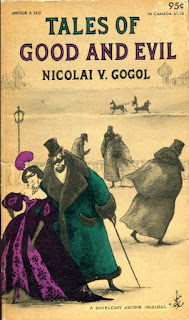 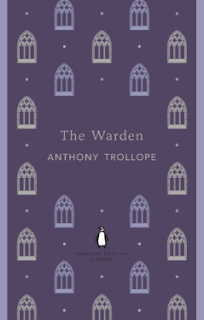 10. An under-hyped classic :  The Little Bookroom, by Eleanor Farjeon, is a collection of her favorite stories.  I grew up reading it, but hardly anybody seems to know it.  And everybody should!

I'm supposed to tag people to participate, so if you're reading this and want to do it, consider yourself tagged.