O Pioneers! and My Antonia 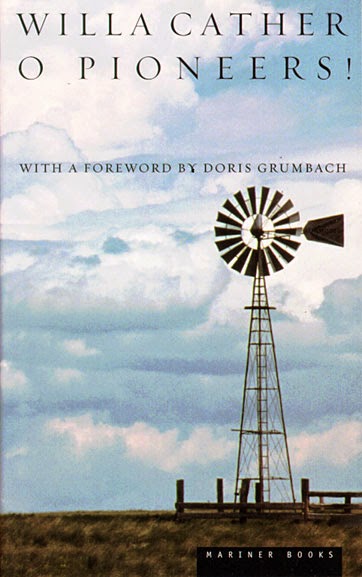 I read these for the Willa Cather Reading Week event, and they were so good!  It's been a very long time since I read Cather, and I had only ever read My Ántonia long ago, so this was a nice opportunity to get to know her books a little better.  (Oddly, both books had the same foreword by Doris Grumbach.  Isn't that kind of weird?)

O Pioneers! is about Alexandra Bergson, oldest daughter of a Norwegian immigrant family.  When Mr. Bergson dies, she becomes the head of the family, determined to make good on the Nebraska prairie.  She is an excellent and foresighted manager, and becomes prosperous despite some desperately difficult times.  Her intelligence mostly earns her the resentment of her two brothers, who both owe her their prosperity, and the suspicion of neighbors who resent her different way of thinking.  Alexandra is a lovely person, honest, kind, and close to nature, but she is lonely, with very few friends.

I love the way Cather describes this little Nebraska settlement, filled with immigrants from all over Europe.  There are Norwegians, Swedes, French, Russians, and many Bohemians.  They're all wonderfully described as people, building a new American place with some good and some bad. 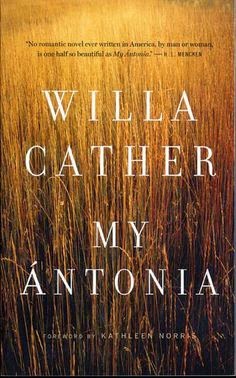 My Ántonia tells her story from the perspective of Jim, a friend and neighbor a few years younger.  Jim and Ántonia's family arrive in the tiny Nebraska settlement on the same day, but Ántonia's family has bought their land from a man who has cheated them by charging too much for everything.  They struggle terribly with their farm and Jim watches Ántonia grow up.  It's a lovely novel about human beings and friendship and the prairie land they live on.


I enjoyed these so much, and I will probably put Song of the Lark on my mental TBR list for sometime.  Maybe Death Comes for the Archbishop too?

Thanks so much to Heavenali for hosting a reading week!  Great idea.  I love this reading week thing, where everyone can just read one author and talk about it.  Freer than a readalong, still very fun. 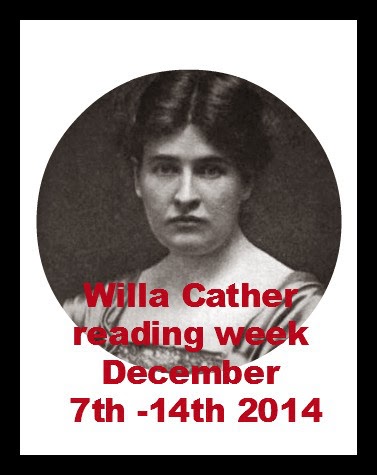