By Jean - December 01, 2014
I have finished Malory!  Wow, what a long read.  If you haven't quite gotten to the end yet, that is just fine; there are two weeks left to go in which you can continue to read, and if that isn't long enough, well just keep going!  It's been a long trip.

Some things that caught my eye in this last quarter of the book:

Is it that he's closer to the end, or that there is more mysticism with the Grail quest and it's not his taste?  Malory seems to be moving more quickly through the material.  He isn't lingering.  Maybe because there are fewer battles, but even the battles seems shorter.  Sir Bors is going around battling random knights and choosing to save a maiden instead of saving his brother, and Malory could drag it out as much as he did with Tristan, but nope.

Poor Bors, he tries so hard to do the right thing and mostly he gets the hatred of his brother Lionel as a reward.  Lionel attacks him, and at this point God actually intervenes rather than allow Bors to win the battle and kill his brother (as he inevitably would, being Sir Bors and all).  Lionel finally sees sense and Bors goes off on the Grail quest. 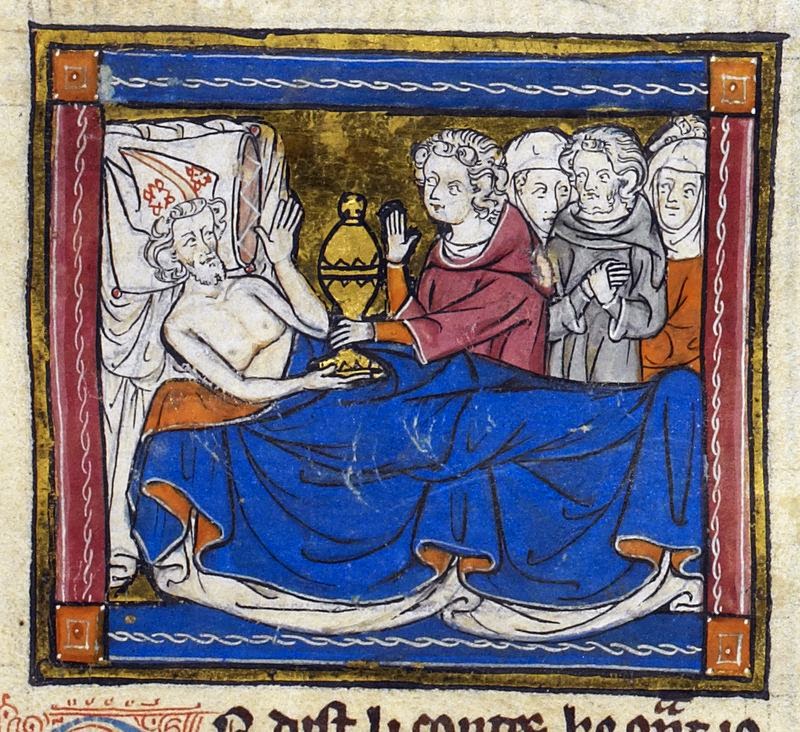 Malory clearly had a copy of the same book I read earlier this year about the Grail, or something close to it.  All the same material about Lancelot's lineage, and King Solomon building this miraculous boat with wood from Eden trees and so on, is all here.  (I particularly love the line where Solomon and his wife are building the boat, and Malory suddenly breaks off to announce "Now shall ye hear a wonderful tale of King Solomon and his wife."  hee)

Well, the Grail quest is accomplished and only Bors returns to tell the tale.  Lancelot has repented of his worldly ways, but not for long--Guenevere won't accept his idea of being just friends, and sends him away from the court.  Lancelot is sad about this.  (Honestly, Lancelot, being just friends is a bad idea.  Just stay away.)  But pretty soon Guenevere needs him to get her out of a scrape, because she throws a dinner party and Sir Patrise is poisoned by an apple meant for Sir Gawaine.  Malory does not mince words here and lets us know that "suddenly he brast."  Which is pretty graphic!  Poor Sir Patrise gets the world's longest tombstone inscription, which includes the bit about bursting, and his cousin vows vengeance on Guenevere.  Only Lancelot can prove her innocence through combat!  (Well, and Nimue, who explains it all afterwards.)


Then we have the bit about the fair maid of Astolat and how Guenevere gets mad at him again, because he carries a favor in combat as a disguise.  And she takes a group of knights a-Maying, whereupon Meliagrance  kidnaps her!  And Lancelot has to save her again.  This time he leaves blood all over her bed so that Meliagrance accuses her of adultery, and Lancelot comes to her defence, swearing that he will prove in combat "that this night there lay none of these ten wounded knights with my lady..." So, just like Tristan and Iseut, they get around the accusation by choosing their words carefully.  They do it again after they are discovered and Gawain turns against Lancelot for good.  At the same time, Malory is weirdly coy about the whole thing; he keeps hinting that theirs is a true love and not like you are all thinking with your filthy minds, except for the part where they rip the kingdom apart and have a lot of repenting to do.  It's kind of strange to my mind. 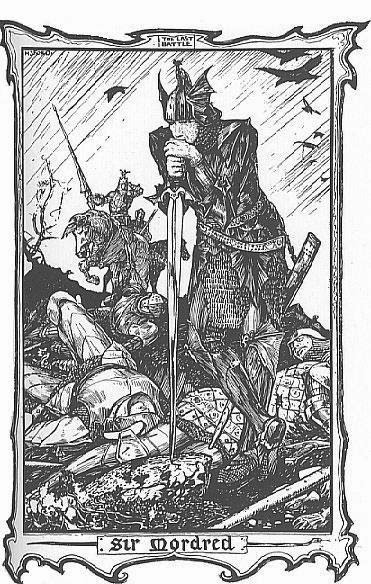 The last part is really sad.  Everyone takes sides, and the kingdom is destroyed.  Mordred is the only super-villain here.  He really goes in for evil, taking advantage of every opportunity.  Everyone else is either sadly resigned to their part in the drama, or angry over a betrayal.  Mordred is, however, the product of Arthur's sin in sleeping with his own (unrecognized but married) sister, which is worth thinking about.  And Mordred wouldn't have had his chance without the adultery between Lancelot and Guenevere.  Dress it up as romantically as you like; their affair is the betrayal of Arthur--who is perhaps too flawed to rule anyway--that destroys the ideal kingdom of Logris.  Logris falls because of two very similar sins.  Or maybe fallen human beings just can't sustain a happy society.

In fact, Malory takes a moment to blame Englishmen in general, saying, in effect, "we are never willing to be pleased with what we have, and we can't recognize a good king when we see one."

Malory sends the wounded Arthur off in a ship with wailing queens to be healed at Avalon, but he doesn't quite believe that Arthur was healed.  He makes Bedivere find Arthur's body buried in a chapel, but he does leave a little room for doubt and magic to creep in.  Maybe it wasn't Arthur's tomb Bedivere found, or maybe something else is going on, because "many men say that there is written upon his tomb this verse: Hic iacet Arthurus Rex, quondam Rexque futurus."


Have YOU finished and been sad about the loss of Logres?  Let me know!  If not, I'll post again in two weeks for a final wrap-up.  Thanks for sticking with me through this long book of jousting and brasting!