A Riffle of Reviews

By Jean - December 11, 2014
That's my new term of venery for several reviews at once.  The credit goes to my husband, but I think it's pretty good, yeah?  I have 9 books here in front of me and a couple more ebooks that I have read, and I will never catch up unless I just throw them all out at once, so here goes. 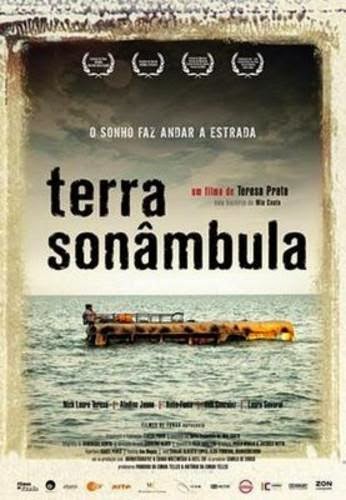 Two African Classics:  both of these are on my CC list and come from a list of the 12 best African books of the 20th century (as selected by a jury).

Sleepwalking Land, by Mia Couto -- As Mozambique is torn by civil war, a young boy and an old man take refuge in a burned-out bus.  They find a set of notebooks written by one of the passengers, and start reading them aloud.  For each chapter about the lost pair, there is a notebook, which narrates the surreal journey of a young man looking to become a naparama warrior.  I loved the set-up, but it got pretty crude at times and I wound up kind of disappointed.  I can think of several African novels I've read that I would put higher up a ranked list than this one.  (This novel is translated from Portuguese, and I learned that Mia Couto is not, as I had assumed, a black African woman, but a white Portuguese-African man.  So that was a surprise.)

The Collected Poetry, by Leopold Sedar Senghor -- Senghor was a Senegalese poet (and also president) who wrote in French, and this massive collection contains the original French and the English translations of a lifetime's output.  I have to admit that I did not read every single poem--poetry and I don't get along that well--but I gave it a darn good try and I read a good chunk out of every section.  I thought it was good poetry, too.  There are some amazing long, complex laments for various prominent figures, and all sorts.

Senghor was the first African to be elected to the French Academy, and he had a lot to say about the ability of French-speaking territories to add to and enrich the French language.  He liked to say "assimilate, but don't be assimilated" to express his belief that Europe and Africa could meet and enrich each other without loss of culture or identity.  It was interesting to read about him so soon after I read about Assia Djebar's ambivalent relationship with the French language.

Two Inklings:  friends who loved to read and critique each other, and sometimes to imitate. 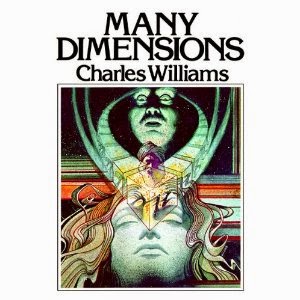 Many Dimensions, by Charles Williams -- I am planning to read all of Williams' novels, just fairly slowly because they take some doing.  In Many Dimensions, an artifact comes to Britain.  It is said to be the crown of King Solomon (always referred to as Suleiman ben Daoud), containing a Stone with incredible powers--possibly the ultimate power of creation.  The Stone can make copies of itself, so it's not long before there are several.  It's a thriller, sort of, but in Williams' bizarre way where ultimate realities break through and make themselves known here at home, where we are ill-equipped to deal with them.  Great stuff.

That Hideous Strength, by C. S. Lewis -- This third part of the Space Trilogy is the strangest yet, and in fact it's Lewis' experiment in writing like Williams.  A newly-married couple, Jane and Mark, are both scholars at Edgestow University, Mark being a member of the faculty at Bracton College.  There are plans for a new scientific facility at the College, and Mark gets mixed up with it. (Mark's problem is that he desperately wants to be in the inner circle of any group, and will put up with anything in order to get there.) The ironically-named NICE is everything that can go wrong with scientific endeavor; it combines a massive superiority complex with disdain for law and absence of morality.  Jane, meanwhile, starts having terrifying prophetic dreams and is, most unwillingly, drawn into the company of Ransom (now almost a new King Arthur) and the people he has collected in expectation of a battle that will even bring the Oyéresu down from heaven.

My Spin Title: a play I read all in one sitting.

The Crucible, by Arthur Miller -- Miller depicts the Salem witch trials, desiring that we draw the parallel between the hysteria at Salem and the McCarthyite Red Scare.  (I don't think it's perfectly apt, since there were no witches at Salem and there were, in fact, Soviet-funded plants in the US.  However.)  It starts when some teenage girls get found out; they've been dancing in the forest and making a slave woman do folk-magic for them.  Since they live in an extremely strict and tiny society, they are in far more trouble than they want to be in, and they get out of it by pretending that they have been put under spells by witches.  They are taken so seriously that they can exert tremendous power, and before long people are being hanged.  John Proctor and his wife are the central characters, and I can't say I love how Miller draws them, but it's a riveting play.  Oddly, Miller keeps inserting short essays into the text, not only describing the characters but entering on philosophic flights right in the middle of the play's action. 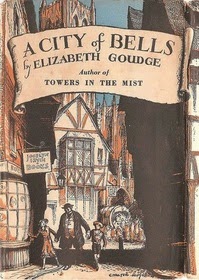 I've got five of Miller's plays in one collection, so I plan to read Death of a Salesman too and knock two titles off my CC list.

Two Books I Can Put Together By Calling Them Both Faith-Based: a novel and a non-fiction book.

A City of Bells, by Elizabeth Goudge -- This was a re-read, but I realized that I'd forgotten nearly all of it.  Jocelyn Irvin, ex-soldier, comes to the cathedral town of Torminster to visit his grandparents.  He needs to find a new career, but he's at a loss to think of anything he wants to do.  Torminster is a lovely place, though, and it and the people there help him to heal and find his calling.  When he finds a half-finished manuscript poem left behind by a poet overcome with bitterness in life, he decides that it is his job to edit it for publication.  It's a lovely book and this time I'm going to ILL the sequel, as soon as I remember to look up its title. 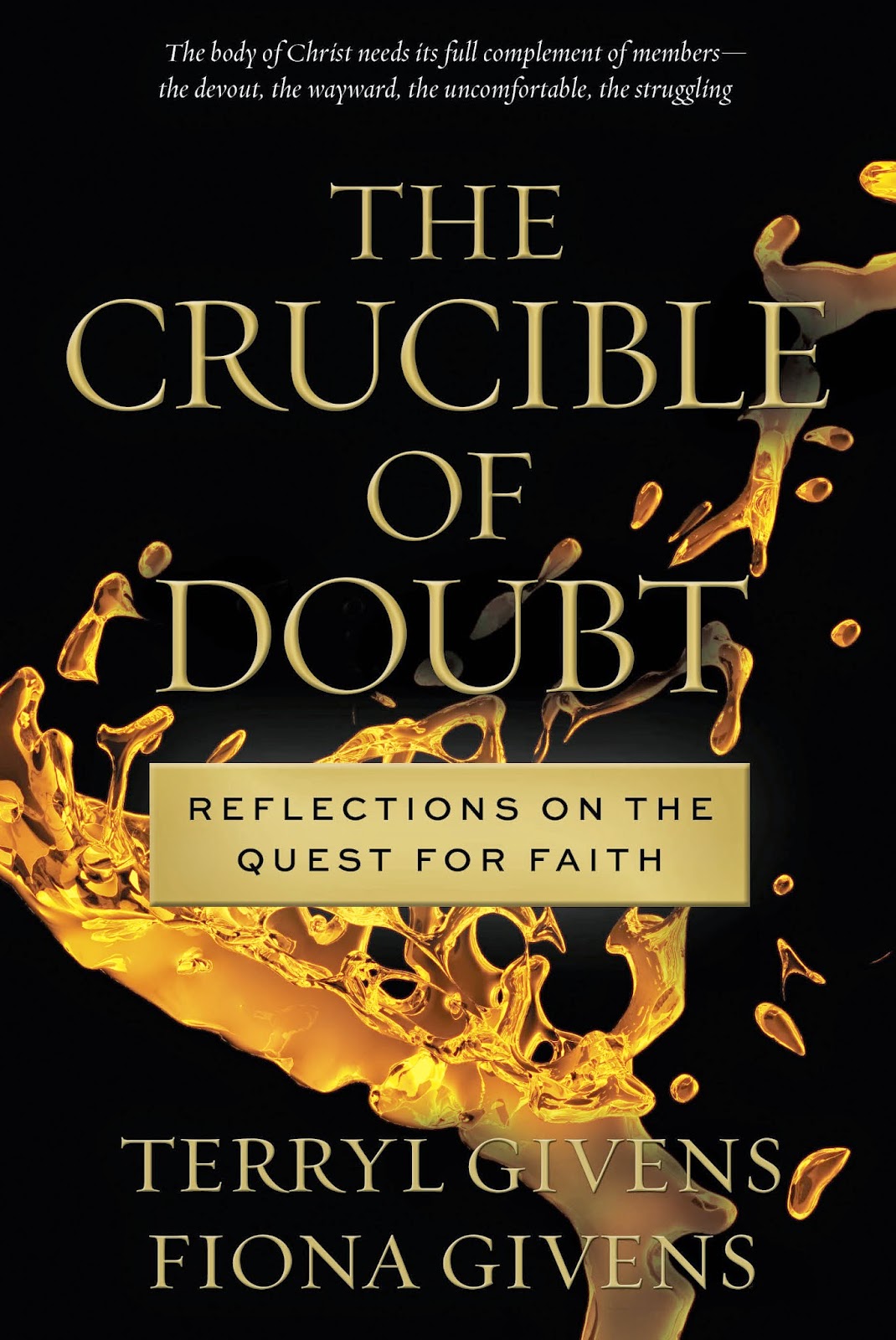 The Crucible of Doubt: Reflections on the Quest for Faith, by Terryl and Fiona Givens -- It's sort of a collection of essay chapters on the many ways we can have difficulties with faith.  The Givens range all over, quoting poetry, literature, and works of faith from many places (Julian of Norwich is a favorite).  It's an unusual book, and one that I am not sure will have wide appeal--I'm not even sure it's designed for someone in the middle of a crisis of faith, more for general reading--but I loved it.  I stuck so many bookmarks in!  I particularly loved a chapter on the pain of seeing all the suffering in the world and the way some of us have difficulty finding joy amid that.  The Givens do not offer much in the way of answers to the issues they raise; it's more like they say "Here are some others who have had the same experiences, and kept going.  You can too."

Not With a Bang But a Whimper, by Theodore Dalrymple

Dalrymple draws on his long experience as a doctor and generally knowledgeable person to comment on Britain today.  He is not pleased.  Essays cover topics from crime and the police to bureaucracy to the coarsening of entertainment, and there are several literary essays at the end, which were interesting to read.
African literature American literature classics English literature politics pontificating religion