Christmas With the Savages 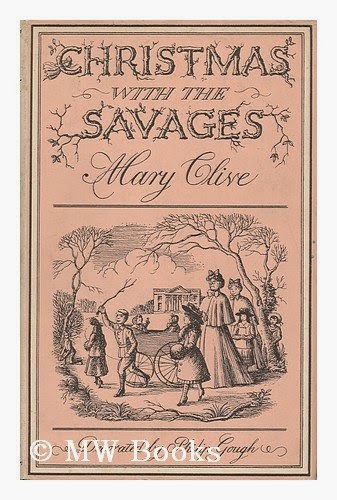 Christmas With the Savages, by Mary Clive

This was a Christmas present!  It's a novel presented as a childhood memoir, based on the author's life, of a Christmas spent at an Edwardian country house.  Young Evelyn is about 8 years old, and her parents are detained in Scotland, so she is sent to the home of a family friend for the holiday.  It's a gathering of a large extended family with three sets of children, with the largest and loudest set named Savage.

The great thing about this memoir is how completely honest and unsentimental it is about what she thought as a child.  Evelyn, and all the other children, are show-offy, quarrelsome, self-centered, and ignorant enough to sound snotty when they're trying to sound sophisticated and knowledgeable.  They are hilarious.  The whole thing is a laugh riot.

There are also some nice details about everyday life during the Edwardian period--clothes, domestic items, and so on.  In particular, it's amazing how off on their own the children are; the adults just don't pay very much attention to them.  The nurses are mostly busy caring for the tiny children, and although they certainly give admonitions and so on, the children are unsupervised and on their own a lot of the time.  It's a bit stunning if you're a modern parent, used to our current norm of knowing where your child is at all times.