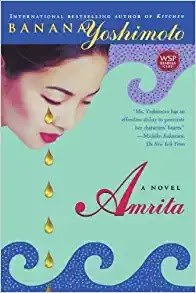 Banana Yoshimoto is just so darn famous that I'd really been meaning to read one of her works, so I've had Amrita sitting around the house for a while.  And I did it!  I liked this novel, but I'm finding it hard to describe.

Sakumi is just a 90s girl in Tokyo, a young adult.  Her sister, Mayu, was a famous movie star whose life ended in a tragic suicide, and Sakumi herself is recovering from a severe accidental head injury; she's lost large chunks of her memory.  Through the novel, she takes her younger brother (who has some sort of ESP) and her sister's former boyfriend along on her journey through her dreams, thoughts, and grief, making some new friends along the way.

This is not a novel that is packed with action.  Things happen, and they are carefully savored.  Other people -- their appearances, reactions, and feelings -- are described at length.  Memories and emotions are noticed and saved for later.  Much of the trip is through Sakumi's own mind and feelings.  It's beautifully written, and also kind of strange.  I liked it, but I'm not sure what to say about it. 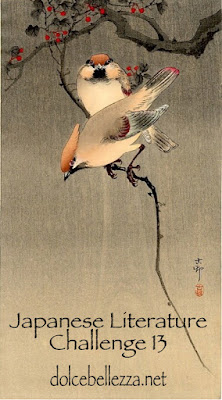