By Jean - September 29, 2016
It's time for another Classics Spin, yippee!  If you're not familiar with it, head on over to their page for an explanation.  I'm really running into trouble these days, because if you don't count the two giant, slow books I already have going, I only have sixteen more titles on my CC list.  I'm supposed to read them all by next March, and I'm not at all sure that I'm going to manage it, but I'm going to give it a good try. 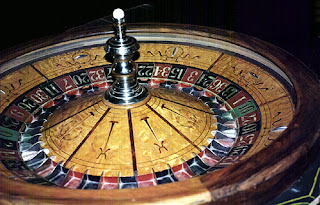 As I've come to the end of the list, I've also had to trade out a few titles that weren't really working out, especially in the Latin American section, which I knew nothing about in the first place and don't know much more about now.  I think I have a slightly better handle on those now, though (actually I have a bunch of modern titles on my TBR, but what constitutes a classic is still tricky for me).  So here we go--the sixteen CC titles I haven't read yet, with four random selection repeated to make 20:

I'm hoping for Glass Menagerie, which I just checked out of the library, or the Gogol stories, which will count for Back to the Classics.  Or Loom of Time, that would be great.  The Magic Mountain is the scariest title on this list.