The Lottery: Adventures of the Demon Lover 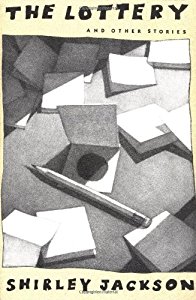 The Lottery: Adventures of the Demon Lover, by Shirley Jackson

Somewhere I found an ancient, tattered paperback of Shirley Jackson stories.  I've read "The Lottery" before, but not the others, and I needed more Jackson in my life!

Luckily, I happened to look at the final page before I read very many of the stories.  In the back, there is an excerpt from an old Scottish ballad called "James Harris, The Demon Lover," (Child 243), and so I looked it up.  James Harris, in the song, seduces a married woman away from her home and takes her on a voyage...to hell, of course.  If I hadn't happened to read that early on, I would probably not have noticed that James Harris is a recurring character in several of these short stories (sometimes only as a shadow, even).  Obviously that is the connecting link with the title, but I'm oblivious enough not to have spotted it on my own.

The stories--nearly all domestic ones about mothers, wives, or single New York gals--are all unsettling in various degrees.  Some are so subtle that it's hard to put a finger on just what is wrong.  Others aren't worrying until you think about them for a while, and some few are plainly frightening, but they are only a few.    Most of the pieces have a quiet wrongness to them.

I had a great time reading these stories, which I spaced out over a couple of weeks.  They were originally published all over the place, at different times, which makes me wonder how the Harris stories were received.  They really build on each other.  If anybody knows -- I know lots of you are much better Jackson scholars than I am -- please tell me!  I'd be very interested to know more about how James Harris works.

While looking for a modern edition, I noticed that the title has now been changed to The Lottery and Other Stories, which obscures the connected stories even more.  Did even the publisher miss something?

My old paperback copy has got to be one of the ugliest covers ever to blight the earth.  It's just about as bad as Zuleika Dobson!   Why not compare and cast your votes for which one is worse in the comments? 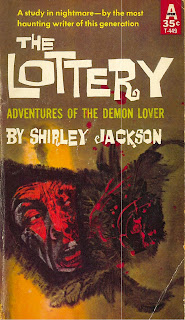 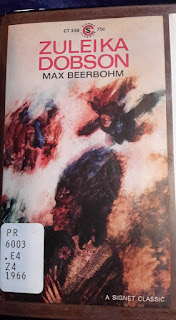