Last week I told you that I was heading out of town to go to Cal Day, which is a big open house at UC Berkeley.  I did have a lot of fun wandering around campus!  I didn't really take pictures to share, but I visited the libraries (partly to see what they've done in remodeling the interior of the quite hideous Moffitt Library).  I went to a special Bancroft Library exhibit with some fantastic historical books: an 1811 Sense and Sensibility, a Wycliffe Bible with a stunning rare binding, and an elderly little Piers Plowman with marginalia from various readers, among many other treasures.   The best thing was that I went to a lecture on the Canterbury Tales given by my old Shakespeare professor, Steven Justice.  He was a favorite of mine, and now I realize why; he's a phenomenal lecturer!  Wow, I was just blown away.  I want to read the Canterbury Tales again, too.  (Pondering: can I justify buying a Riverside Chaucer, 20+ years after taking Chaucer and using my mom's copy instead of blowing $60 on a new one?  Is there still a Riverside Chaucer?) 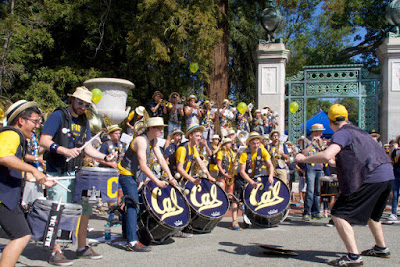 I did have one little thing I wanted to do for Howling Frog Books.  Back in January, I read this really terrible SF book called Shaggy Planet, and in the course of reading it, I found out that the author had gone to Cal and written for the (now-defunct) humor newspaper, The Pelican.  Bizarrely, The Pelican actually had its own teeny little building, Anthony Hall, because a student was very, very rich and apparently they would just let you build things at random if you were rich.  I'd never noticed Anthony Hall, which is tucked away by the creek, so I went to look for it.  It's an attractive little Arts & Crafts style building with pelicans all over it.  And here are photos! 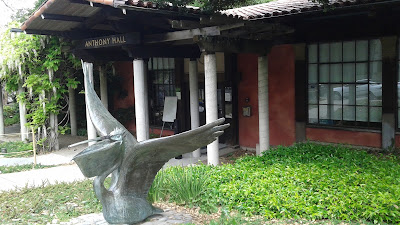 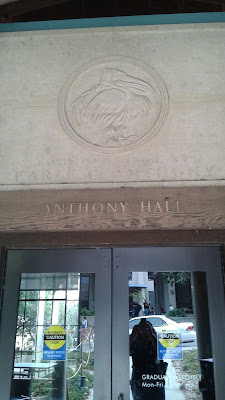 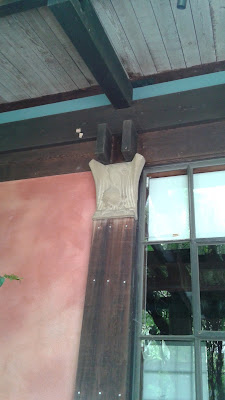 I had a great weekend, saw various family members and a couple of friends, and bought myself a new sweatshirt to replace my ratty old one.  It was a lot of fun to wander around campus by myself, but usually I have even more fun by dragging my kids around and telling them tedious stories.  You can bet I'll want to go next year again!
news