By Jean - March 31, 2014
My desk is inundated with books from 3 different libraries and my own shelves.  I'm going to have to continue with the mini-reviews! 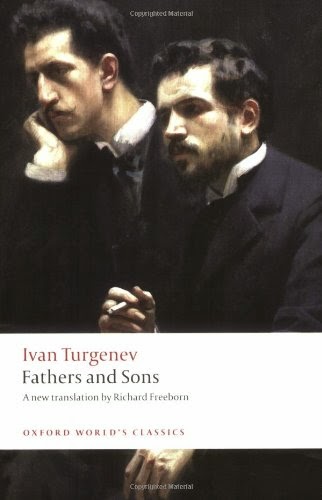 Fathers and Sons, by Ivan Turgenev -- I enjoyed this so much, but I finished it right when I lost energy to blog.  Now all the impressions are dim.  But here we have two young men, Arkady and his good friend Bazarov.  Bazarov has been a controversial figure since the day he stepped on to the page; he's a Nihilist who claims to believe in nothing.  He wants to smash all of society, clear the ground so that a new and better world can be built from scratch, but he has little to say about what that world should look like.  Sort of proto-communist and scientific--Bazarov likes science, though not very much.  Then he falls in love, which he can't deal with at all.   Turgenev is showing us the generation gap he experienced.  I loved it, but I can't tell you too much about it in a mini-review.

Shadow on the Mountain, by Margi Preus -- This excellent YA historical fiction is based on the real experiences of a young man during World War II.  Espen is 14 when the Germans invade Norway, and he is eager to help the Resistance in any way he can.  Soon he is deeply involved, but he's not so happy when his younger sister starts some secret activities of her own.  And his best friend, Kjell, seems to be sympathetic to the Nazis.  A very good novel for 12+. 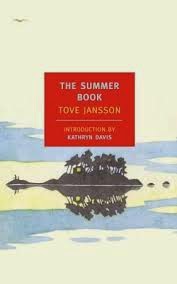 The Summer Book, by Tove Jansson -- did you know that this year is Tove Jansson's 100th birthday?  We ought to have a celebration.  I didn't know until recently that she had also written a few novels for adults.  The Summer Book is about a family who spends their summers on a little island off the coast of Finland.  Olivia is a little girl, and she has a grandmother.  Her father is in and out; her mother is dead.  There are all these tiny chapters with little vignettes about island life.  It's very Jansson, with all the important feelings tucked down under the words.  Excellent stuff.

Stitches, by David Small -- an English teacher at work told me that her class has been reading Stitches in a voice that assumed I must know what it was, so when I saw it on a book truck I nobbled it.  Small is a well-known illustrator of picture books, but this memoir is a whole different thing.  In it, he chronicles his difficult family and the cancer that took his voice when he was a teenager.  It was quite good, and dang depressing too.