By Jean - March 29, 2014
My mojo is still lost, but I really miss my blogging.  I think it's just tiredness; homeschoolers mostly get really tired around about February, and I've been pulling back on online/bloggy stuff to conserve energy, I guess.  Anyway, I'm going to borrow a strategy from Ekaterina and throw out some mini-reviews, or I will never get out from under the pile of books I have!  Come to think of it, I'm pretty sure I have forgotten some by now.  I gave one to my daughter to read and now I don't know what it was. 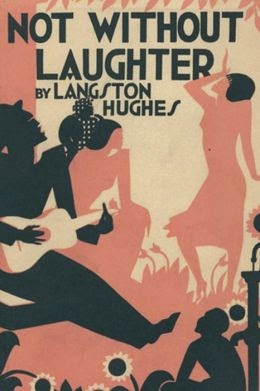 Not Without Laughter, by Langston Hughes -- I started this near the end of February, actually.  It's a great novel about a boy growing up in Kansas, and all his family members.  I enjoyed it very much and still want to read more Harlem Renaissance books, but I had to return the volumes to the library.  (That has been happening to a lot of my library books lately.)

Call the Midwife, by Jennifer Worth -- The BBC series was based on the memoir, which is wonderful to read.  The author was a nurse and midwife in the East End in the 1950s, and her descriptions of life there are fascinating (and often tragic, but not as often as you'd think).  I do think this book would appeal mainly to grown women or else nurses; there is so much about the details of childbirth, or about other medical-type things, that it might be hard for people who don't particularly want to read about childbirth.  I read the first book in the trilogy, and kind of balked at the second, which is mainly about the horrors of the workhouse and is really very grim indeed. 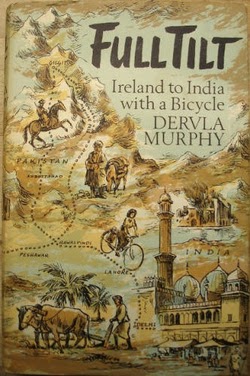 Full Tilt, by Dervla Murphy -- I've been wanting to get my hands on this book for at least a year, but it was misplaced at the library (in another town).  They recently replaced their carpet and so packed all the books away and reshelved them, and it popped up after that.  Anyway, it's 1963 and Dervla Murphy has been planning to ride her bicycle from Ireland to India ever since she was a child.  She skips almost entirely over the European portion of the trip, which was undertaken during the hardest winter in years, and starts in Yugoslavia, where she promptly is nearly killed by frostbite and hungry wolves.  She takes care of all of that in the introduction and opens chapter 1 in Teheran.  The entire book is her diary of the trip through Persia (as she calls it) under the Shah, Afghanistan, Pakistan, and a little bit in India.  She loves Afghanistan.  She is almost never in danger from people, but the landscape is perilous, between the snow and the intense heat and the Himalayas and the rivers with washed-out bridges.  I think the trip would be completely impossible today, which is sad.

Brideshead Revisited, by Evelyn Waugh -- It's my second Classics Club Dare title!  I've never read Evelyn Waugh before.  This is the story of an Oxford student's friendship with another student, told as a memory from over 10 years' distance.  Sebastian Flyte is an Eccentric Young Man who affects adventure and a teddy bear, and of course lots of drink.  Charles is more ordinary and follows along, meeting the whole Flyte family eventually, but Sebastian starts to disintegrate.  It was a good novel, but very melancholy.  Everyone is pretty miserable; in fact I can only think of one character who isn't.  I would quite like to read Decline and Fall and Vile Bodies, but after that I might not want to read more Waugh.  I like some hope in my novels.

In other news, the group blog about classical homeschooling I am part of is doing very well!  Please go take a look at Sandbox to Socrates if you're interested.  We had a big science week early in March, and all sorts of exciting stuff is going on.  I have business cards now!
classics English literature Euro Challenge Harlem Renaissance challenge memoir/biography travel