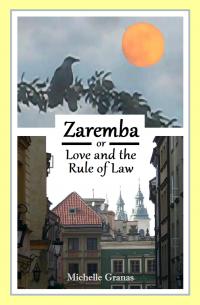 Zaremba, or, Love and the Rule of Law, by Michelle Granas

Cordelia lives a severely constricted life in Poland, translating articles and caring for her oddball family members.  This takes up pretty much all her time until she happens to meet Dariusz Zaremba, a businessman whose rivals have targeted him for revenge in the form of false accusations of criminality.  As she is thrown into a new world of smear journalism, publicity, and government corruption, she has to learn to take action--something she has practically never done before.

Although the book is partly a love story, the wider focus is on the rule of law and what happens when governments ignore the rights of individual citizens.  I was quite impressed with that aspect of the novel, and liked certain lines:


She was simply appalled at the powerlessness of the individual before the forces of the state. (p 124)

[on corrupt use of government power]  "The activities of ordinary criminals pale in comparison, if one considers the damage to society and the rule of law." (p.480)


Zaremba was a chunkster, but I didn't think it lagged or anything.  It was worth the time it took to read it and I enjoyed the novel, which is the author's first, quite a bit.  I think I'll be reading it again sometime.

I was given a free copy of this book in exchange for an honest review.