Some Poetry by Yeats 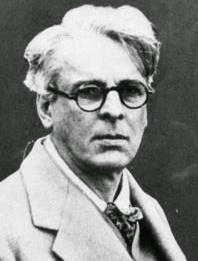 Selections from The Wild Swans at Coole, and others, by William Butler Yeats

One of my Classics Club items is The Wild Swans at Coole, one of the books of Yeats' poetry.  I looked for it at the library, and what I really found was a Norton collection covering his entire career.  So I read the poems from Wild Swans, and then I read as many others as caught my eye.

The Wild Swans period was in the late 1910s, and Yeats was rounding 50.  The woman he'd loved for years had refused him.  (Soon she married another man, and then he tried to court her daughter (of all people!) who refused him too.)  He was thinking he would never be able to marry, and that he was entering the autumn of his life, and everything was winding down for him.  The poems all have an elegaic, autumnal feel--one really is an elegy, for a friend killed in action.  In fact, Yeats was on the brink of entering his 'great' period, and much of his best work was in the future.  He also married and had children.

I read quite a few other pieces too, including "Leda and the Swan" and "Crazy Jane Talks With the Bishop."  Overall, I think I got a nice taste of Yeats to build on in the future.

Since it's August and we're all talking about World War I, here is a piece from that war, about Yeats' friend, Major Robert Gregory.  The third and fourth lines refer to Irish indifference to the "English" war--Gregory doesn't hate the Germans or love the English.

An Irish Airman Foresees His Death

I know that I shall meet my fate
Somewhere among the clouds above;
Those that I fight I do not hate
Those that I guard I do not love;
My country is Kiltartan Cross,
My countrymen Kiltartan’s poor,
No likely end could bring them loss
Or leave them happier than before.
Nor law, nor duty bade me fight,
Nor public man, nor cheering crowds,
A lonely impulse of delight
Drove to this tumult in the clouds;
I balanced all, brought all to mind,
The years to come seemed waste of breath,
A waste of breath the years behind
In balance with this life, this death.


PS This completes my summer goal of getting to 75/150 on my list!  Halfway there!
classics poetry