The Owl and the Nightingale, plus two more 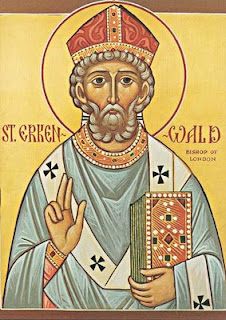 The Owl and the Nightingale, Cleanness, St. Erkenwald, trans. by Brian Stone

I found a nice little Penguin Classics paperback at my mom's house containing three long medieval poems that serve as examples of genres in religious literature.  St. Erkenwald is a saint's legend, Cleanness is a Biblical epic, and The Owl and the Nightingale is a debate.  They are nice digestible poems and rather fun to read.

St. Erkenwald tells a story about how workers found an ancient tomb with the body still intact.  The bishop--Erkenwald--arrives and commands the dead man to speak; he turns out to have been a just judge back in pagan times.   Erkenwald's tears baptize the judge, at which point he sinks back into the grave and his miraculously preserved body disintegrates as his soul flies to heaven.

Cleanness is a poem about spiritual purity.  It tells several Old Testament stories and draws morals from  them:


Likewise, if you lay claim to the love of God,
And loyally love him with a liegeman's devotion,
Then copy the cleanness of Christ, whose purity
Is perfectly polished, like the pearl itself.


Both poems are alliterative and thought to have perhaps been authored by the same poet who wrote Sir Gawain and the Green Knight and Pearl.

The last poem is a debate between the Owl and the Nightingale.  The birds hate each other and scream abuse as well as debating their respective places in nature:


The Nightingale surveyed the Owl,
And reckoned her opponent foul;
Indeed all men declare with right
That she's a hideous loathsome sight.
"Monster!" she cried.  "Away! Fly off!
Simply to see you's quite enough
To make me lose the urge to sing,
You're such an evil, ugly thing."


They decide to take their case to court and debate it properly, but the poem is left without a verdict.  The reader has to judge, which I gather is unusual for debate poems.

The last time Penguin published this edition was in 1988, which is kind of too bad.  The original texts are of course available online, but many of us like to read modern translations if we're not prepared to spend days on the project.
medieval