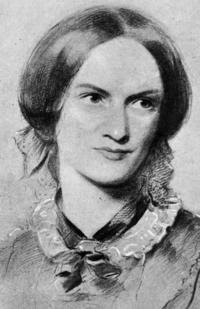 The Professor, by Charlotte Brontë

I know I'm posting a lot and it's a little crazy, but I'm trying to get a lot of reading in before the semester starts and I go back to work. So bear with me, I'll disappear soon enough.

I picked up Charlotte Brontë's first novel, The Professor, at the library--I've enjoyed her books, but I've never read this one. It's written from her own experiences of studying and teaching in a Belgian school and her unrequited love for her married teacher.

The story is about a young Englishman, an orphan, who doesn't get along with any of his relations and ends up teaching English in Brussels. He is surrounded by people he doesn't care much for (in fact he is practically a misanthrope), but a hard-working young teacher catches his eye. As they get to know one another, they find mutual sympathy in an un-English country.

The heroine is quite unusual for her time. As you might expect, she is plain. She is also very intelligent and hard-working, and she insists on working even after her marriage, and after bearing a child. She is a middle-class working mother. I'm not sure I've ever run into that in a Victorian novel before. She is Brontë herself, so I suppose she represents what Bronte herself wished for: the intelligent teacher for her husband, and a fulfilling professional life as well.

I'm afraid Brontë displays quite a bit of typical English prejudice in the book, though to be fair, flaws in the English national character are also highlighted. The protagonist complains of Flemish dullness, French immorality, and English waste, and makes innumerable comments on physiognomy and character. The anti-Catholicism is awful (the heroine turns out to be Swiss-English and a Protestant). So that was a serious flaw in the book; it was much more constant here than in most other Victorian novels I've read.

Brontë wrote this novel with the determination to make it completely realistic. Her protagonists are not beautiful or socially successful. They have to work hard for their living, and there are no romantic coincidences or anything like that. It's not a long book and I read it quickly. I enjoyed it, and sympathized with the characters, but it's definitely not my favorite Brontë novel. That would be Jane Eyre, and if you bring in the other sisters, The Tenant of Wildfell Hall.
classics read around the world Victorian