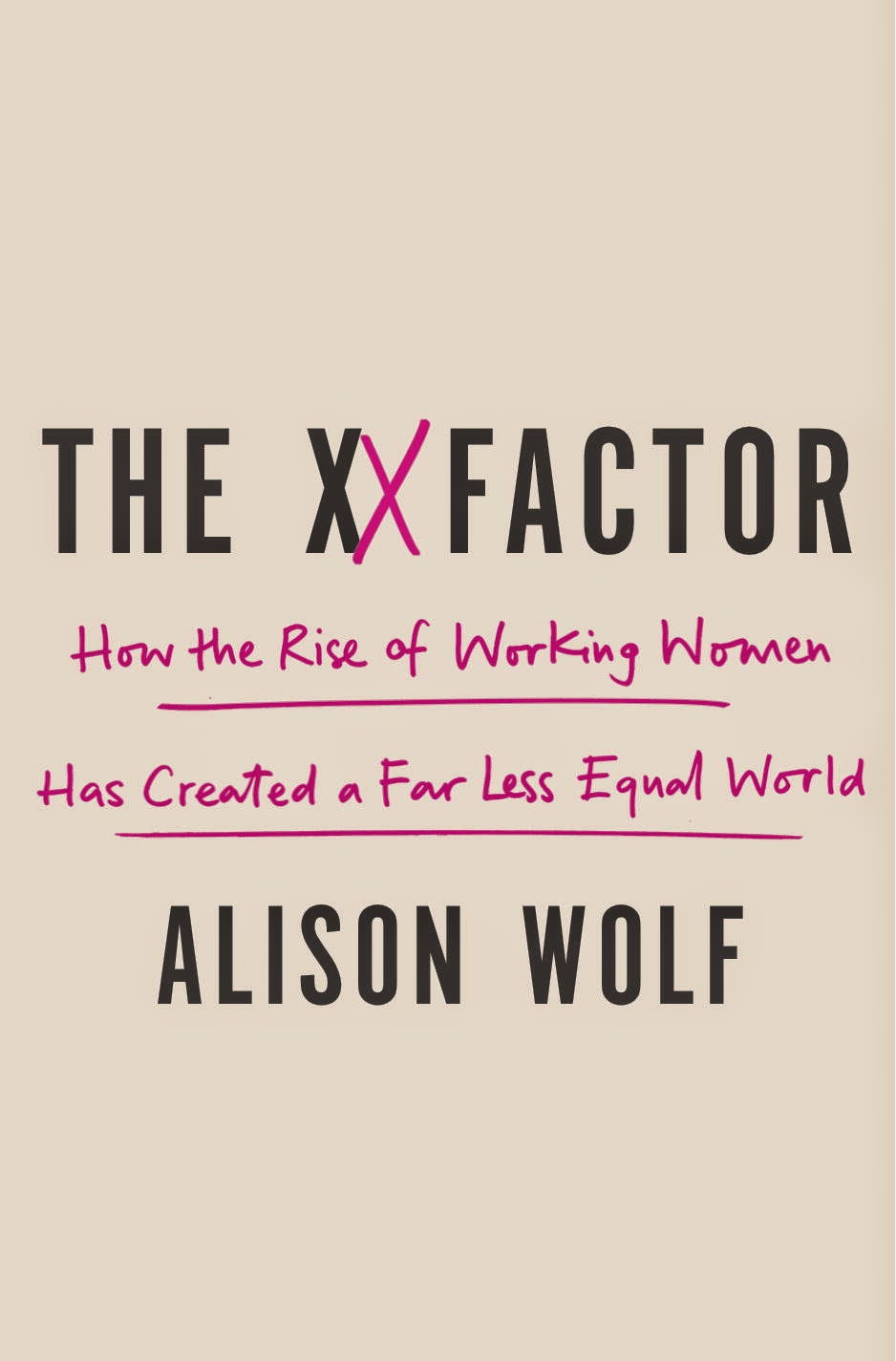 The XX Factor: How the Rise of Working Women Has Created a Far Less Equal World, by Alison Wolf

I couldn't pass up the deliberately provocative title.  I meant to only skim the book, but right when I was going to put it down, Wolf produced some chapters that weren't the same old thing, and it turned out to be pretty interesting.

Wolf is British and writes about Americans and Britons here, which gives a nice perspective.  She describes how modern ambitious women are getting the same high-profile jobs as men.  At the top, the gender gap is closing; women work the same jobs and the same hours.  If they marry, they do so later and have few children (unless they are super-rich), depending on cleaners, nannies, and other staff to support a double-income family.  (This would be the highly ambitious business people.  I don't know any IRL, since I don't live in London or NYC.)

But more average women--and men--are not doing all that.  There is quite a gap between these highly-paid women and the rest of the population, and it plays out in interesting ways that we aren't used to yet.

Wolf goes all over the place--marriage, children, education, charity/welfare, servants, and more.  It's interesting, but I'm not sure what conclusions she draws even though I read the ending.  It's more that she is describing all this stuff and leaving readers to draw conclusions.  Maybe it's too soon to do that at all.