The Mill on the Floss 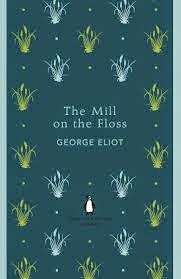 The Mill on the Floss, by George Eliot

I put this book off for far too long.  Once I actually picked it up and got started, I enjoyed it as much as I expected to--I quite like George Eliot and loved Middlemarch when I read it a few years back.  Someday I'll do a re-read of it.

The essay at the end of my copy thinks that Maggie chooses wrongly; that she clings to a useless idea of doing what's right when the damage is already done.  I disagree.  I think Maggie does her best with what she's got, which is very little.  Her determination not to build her happiness on others' misery is, in my opinion, a good course to take.  I do think she should have moved away and started over.  And I think she and the Guest fellow probably could have just been honest in the first place and not done too much damage.  But once Guest pulled his stunt, she chose the right course.

I don't really like Stephen Guest at all, though.  I think Maggie is better off without him, which is possibly a little stubborn of me given that she ends up miserable and then dead.  I think he's shallow and selfish and ridiculously arrogant, but then perhaps most early Victorian young men were!

Tell me what you thought of Maggie and Stephen; I'd like to know.