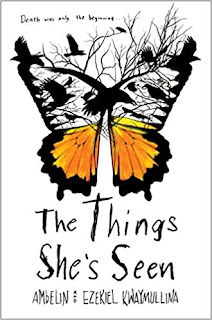 Here's my title for AusNovember!  I've been excitedly waiting for it to wend its way through the library process so I could check it out.   This is a new YA novel by a brother and sister team.

Beth is dead, to begin with.  The only person who can still see her is her dad, who was so devastated by her death in a car accident that she stuck around in hopes of helping him get back on his feet.  He's a policeman -- a detective -- and he's been asked to investigate a house fire in a tiny country town that left one unidentified person dead.  A simple case for a guy who needs easing back into his job.

Or perhaps not.  Beth is sure there's more to this than meets the eye.  The house was a group home for foster kids, run by an administrator and a nurse, but nobody ever saw the kids out and about.  The single witness to the fire is a girl who will only communicate what she knows in an elliptical, symbolic, storytelling way.  And the police chief is very nervous.

This is a mystery, but that's less than half of what it is.  It's also the stories of Beth, Catching, and Crow.  It's a meditation on how truth is experienced and told, and on the many intersections, mostly painful, in Australia between Aboriginal and white cultures.

It's very, very good -- emotionally gripping, the characters beautifully drawn, and the language often raw and poetic at the same time.  I recommend! 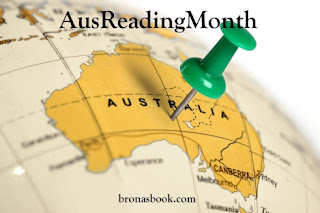