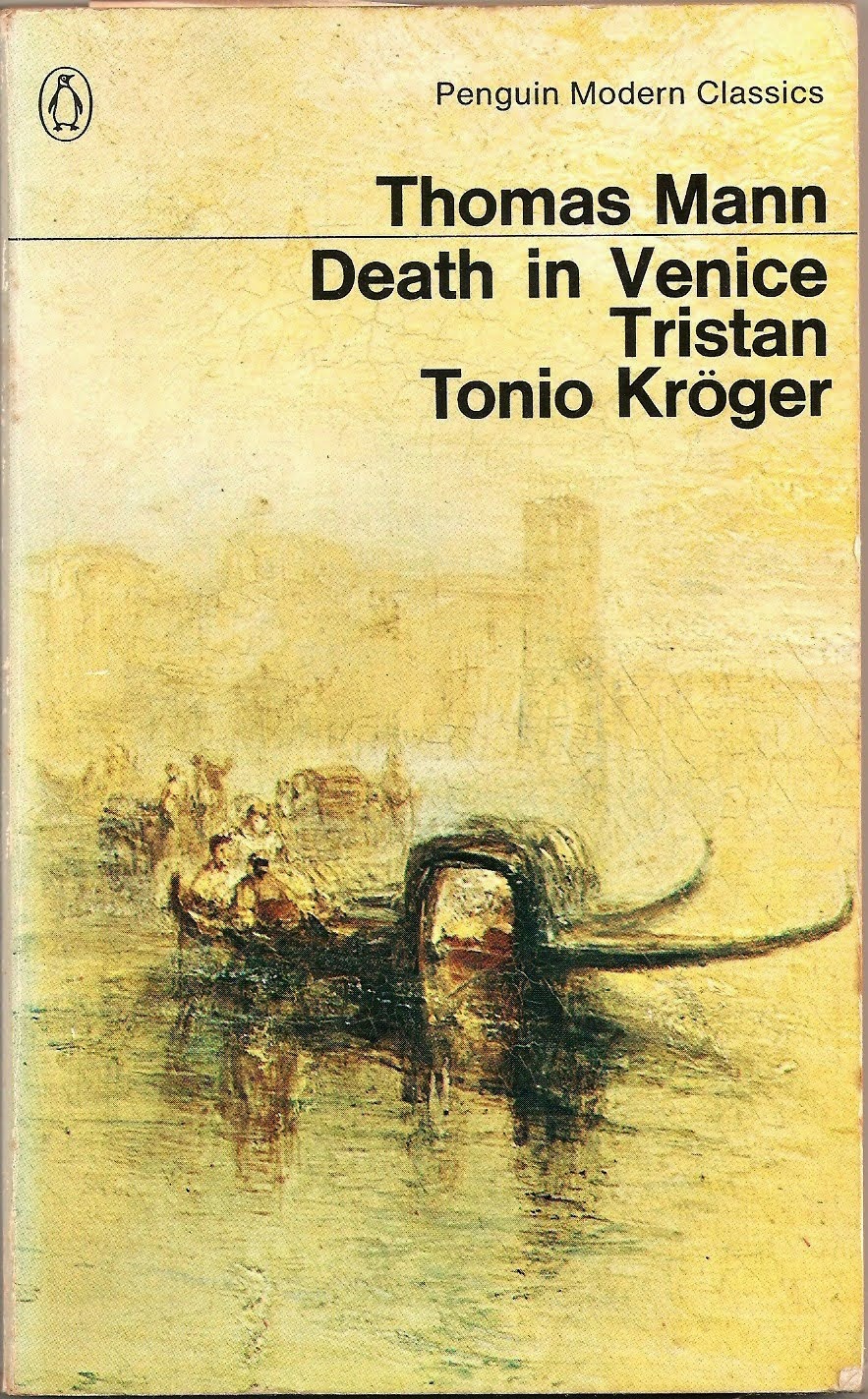 Death in Venice, by Thomas Mann

I knew nothing whatsoever about this novella (short story?) when I put it on my Classics Club list, except that it is quite famous.  And I figured someone would probably die in Venice.

Aschenbach is an older gentleman who has spent his life writing, especially about the arts, but now he has writer's block.  He decides to go to Venice, but once there, becomes infatuated with a young boy of about 12-14 vacationing with his family.  Aschenbach watches this boy every day, and even follows him around, but rarely speaks to him; instead, he thinks about Platonic treatises on love and so on.  His obsession tears down his moral sense, until, when a cholera epidemic hits Venice, he fails to warn the family because he can't stand to think of them leaving.  He pays the price when, just as they are leaving anyway, he succumbs to the plague himself.