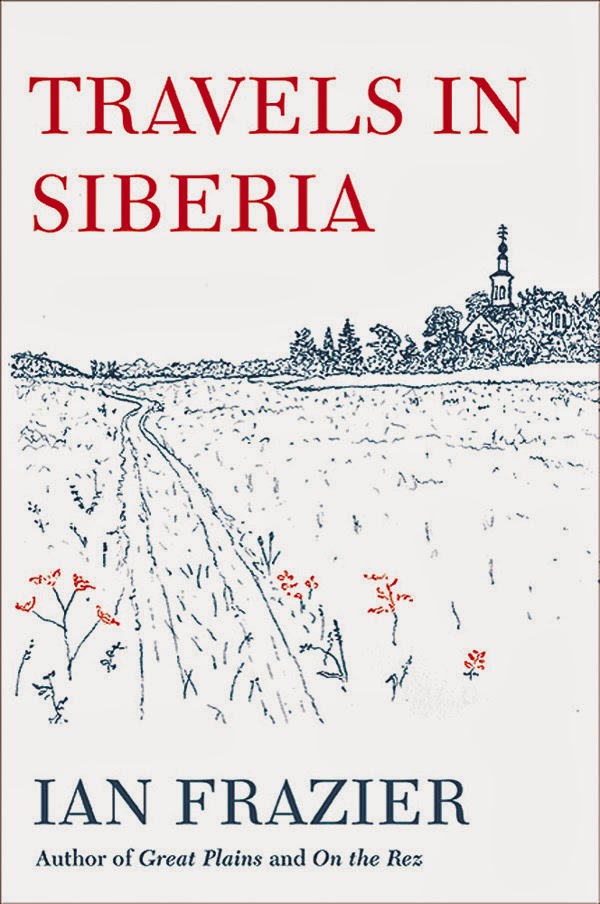 Travels in Siberia, by Ian Frazier

I picked this book off the shelf at work on a whim just before winter vacation; I just happened to see it and thought it might be interesting.  Nope, it was fabulous!  At about 500 very dense pages, it is a slow and detailed read, and I enjoyed every minute.

Frazier, a well-known non-fiction writer, fell in love with Russia in the early/mid-1990s and visited as often as he could.  His Siberian visits started with a flight from Alaska, and eventually decided that he wanted to drive all the way across Siberia--an idea that daunted most of his Russian friends.  So he hired a guy, who hired another guy, and they got a van and packed it full of stuff, and they started driving.  They mostly camped along the way, washing in rivers, or sometimes visited people.  Then they did it again by train, and then Frazier went back for a mid-winter visit.   He describes all of it in fascinating and humorous detail, and delves into the history of the places he visited.

There is so much material here that it's hard to describe.  The Mongol hordes, Decembrists, Yupiks, prisoners and exiles and more prisoners, the Great Patriotic War, scary taxi drivers and guys who import used cars from Japan, railroads, abandoned gulags...it's all there.  Not to mention geology and rivers and tundra and a whole lot of mosquitos and ice and snow.  And Cold War missile installations!

I was particularly tickled to read about Frazier's visit to Chernyshevsk, a city named for the writer Chernyshevsky who wrote a tremendously popular, but horribly written, novel that inspired many a reformer and Bolshevist.  I'm planning on participating in Tom the Amateur Reader's readalong of that novel, What Is To Be Done?, in April!  Frazier spends several pages explaining the background and quoting people on my Russian TBR pile for this year, so I was really happy.

This is a fantastic book.  I hope you read it!
chunksters travel