The Spin number is here

Oh, waily waily! as the Nac Mac Feegle would say.  My title -- for a very jolly Christmas read -- is Dostoevsky's Crime and Punishment, the newish Oliver Ready translation, which I've actually been quite excited about, but I'm not too sure about reading it over Christmas.  It's not exactly cozy. 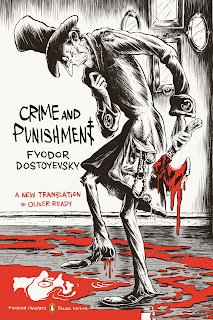 I feel like the bosun in Tim's Last Voyage.  I don't know if you're familiar with the Little Tim books by Ardizzone (if you're not, you should be!), but in this one, a terrible storm engulfs the ship where Tim is signed on as a cabin boy.  The bosun takes to his room in a cowardly manner and unhelpfully howls "Doom" at everybody. 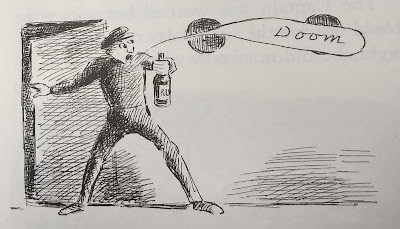 The funny thing is that I'm always putting a book I'm scared of into the #1 spot, on the obviously untenable and mathematically illiterate grounds that it's somehow less likely than the others.  Brona informs me that this is the THIRD time the Spin has landed on #1, and last time it got me Faulkner's Light in August, which I hated.  I do at least like Dostoevsky!  Next time, I'll put something ridiculously easy in that #1 spot.