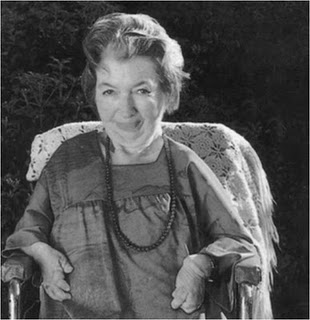 I would call Rosemary Sutcliff the best historical fiction children's writer of the 20th century.  I don't think she can be beaten.  I'm not sure she really qualifies as "lesser-known," since there was a movie made of her most famous book just last year, but as far as I've been able to see she is not nearly as appreciated as she ought to be, and many people are unfamiliar with her work--which is too bad, because in a day where we fuss a lot about getting boys to read, she is just what is needed.  There is even an entire blog dedicated to Sutcliff and her work, so go check it out!  There are some great stories and quotations there.

Rosemary Sutcliff (1920 - 1992) was born in Surrey, but as her father was an officer in the Navy, she spent much of her childhood in Malta and moving around to various naval bases.  She suffered from Still's disease, a form of juvenile arthritis, and spent a lot of time in hospitals having painful operations.  Sutcliff spent most of her life in a wheelchair and was partially educated at home with her mother, who told her endless stories of Saxon and Celtic legends.  She trained as an artist, worked as a miniature painter, and only started writing when she was about 30, in 1950.  She continued writing right up to her death in 1992. 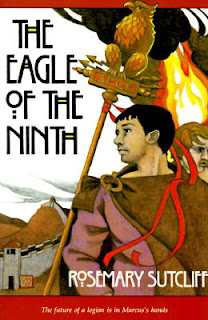 Sutcliff's first book was The Chronicles of Robin Hood, but she soon started to focus on realistic historical fiction set in Roman, post-Roman, and Saxon Britain.   She is best known for The Eagle of the Ninth, the story of a young Roman officer who ventures past Hadrian's Wall to find out what happened to his father's legion.  The Eagle series continues for six more books, tracing a family through the next several hundred years of British history (it ends at the Norman conquest!).

She wrote many stories about Roman and early medieval Britain, usually featuring battles and adventure.  Other times she worked in Saxon or Celtic legend.  There are even some stories about later days, and when I was a kid I liked Flame-Colored Taffeta, which has 18th-century smugglers.

Sutcliff also produced excellent re-tellings of Arthurian legends.  If your young teen wants something that isn't as medieval in tone as the books that strictly follow Malory (as Roger Lancelyn Green did), try Tristan and Iseult, The Sword and the Circle, The Light Beyond the Forest, The Road to Camlann, and The Shining Company.   They are really well-done and bring in more Celtic themes. 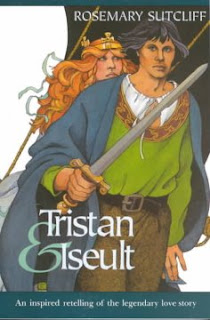 She also wrote the best re-tellings of the Iliad and the Odyssey that I know of for children: Black Ships Before Troy and The Wanderings of Odysseus.  Illustrated by the eminent Alan Lee, they are like very long picture books, great for a read-aloud for kids 9 and under.  (Mary Pope Osborne's shorter re-tellings are fine too, but they're meant for young readers in chapter books, while these are more for reading aloud or for older kids.)

For her works, Sutcliff won several literary awards: the Carnegie, the Horn Book, and others.  She was up for the HCA Award in 1974.  And she was named to the Order of the British Empire as well.

Give Sutcliff a try; you'll learn a lot about Roman and medieval Britain.
children's literature