Feminist Challenge: A Room of One's Own 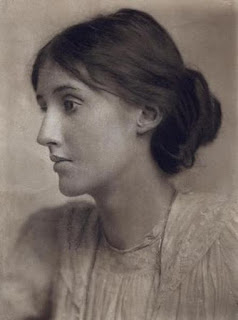 A Room of One's Own, by Virginia Woolf

This is the May title for the Feminist Classics Reading Challenge, and I enjoyed reading it. I read it once before in college and remember several parts, but it was very nice to get the whole picture. I was really not in a mood to be patient with Virginia Woolf, but her assertions in this essay are difficult to argue with.

Woolf points out that the reason that women in the past never did much writing was for the simple reason that they were almost never allowed to do so. No matter how much talent a woman might have had, she was kept much too busy serving her family; education and personal leisure time were not considered in the least necessary for women, and most likely bad for them. Woolf concludes that the only way for a woman to be able to become a writer is for her to have an income of 500 pounds a year without having to work for it (quite a nice income, which would allow for a flat and a servant or so) and a "room of her own" in which to work in peace.

I have mixed feelings about this, actually. I had just finished reading a book which described working-class people of both sexes who worked 14-hour days of physical labor, who really did not know what privacy was, and who routinely made time before and after work to educate and express themselves. This did not really make me sympathetic to her [fictional] complaints about her former horrid soul-sucking middle-class job in the awful days before she inherited 500 pounds a year. Everybody's got to work for a living and few of us get servants out of it. On the other hand, she points out quite truthfully that nearly all of the greatest English writers of the past have been men of some leisure to write, and certainly it's completely obvious that the reason we have few women writers in history is because women were almost never allowed to become writers.

I actually read A Room of One's Own a few weeks ago, and then didn't get around to writing about it soon enough. I had lots of thoughts and now they're all gone. Oh well. It's an important essay to read, so go read it.
Feminist