Week 13: The Day of the Triffids 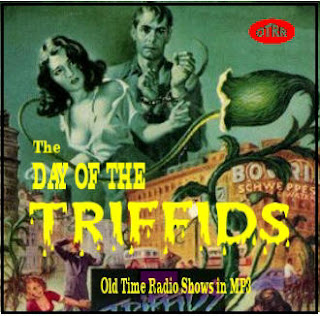 The Day of the Triffids, by John Wyndham

Classic science fiction about walking poisonous plants taking over the world! Who wouldn't want to read it? Wyndham published his book in 1951, positing a world in which nearly everyone goes blind overnight after unusual astronomical events. As if that isn't enough of a disaster, this is a world with triffids--tall plants that can move around. They are carnivorous and have poison stings, which are docked for domestic use, but undocked triffids are also grown industrially for their oil. After the disaster, survivors must battle hostile triffids in a dying world.

Wyndham uses his setup to explore ideas about different kinds of government. If we had to start all over again, what sort of society would work best?

It looks like someone is working on a new 3D film adaptation, so get your copy before it becomes uncool. This cover image isn't what mine looks like; it's way better. I do actually have a postcard of it on my bookshelf.
52 books