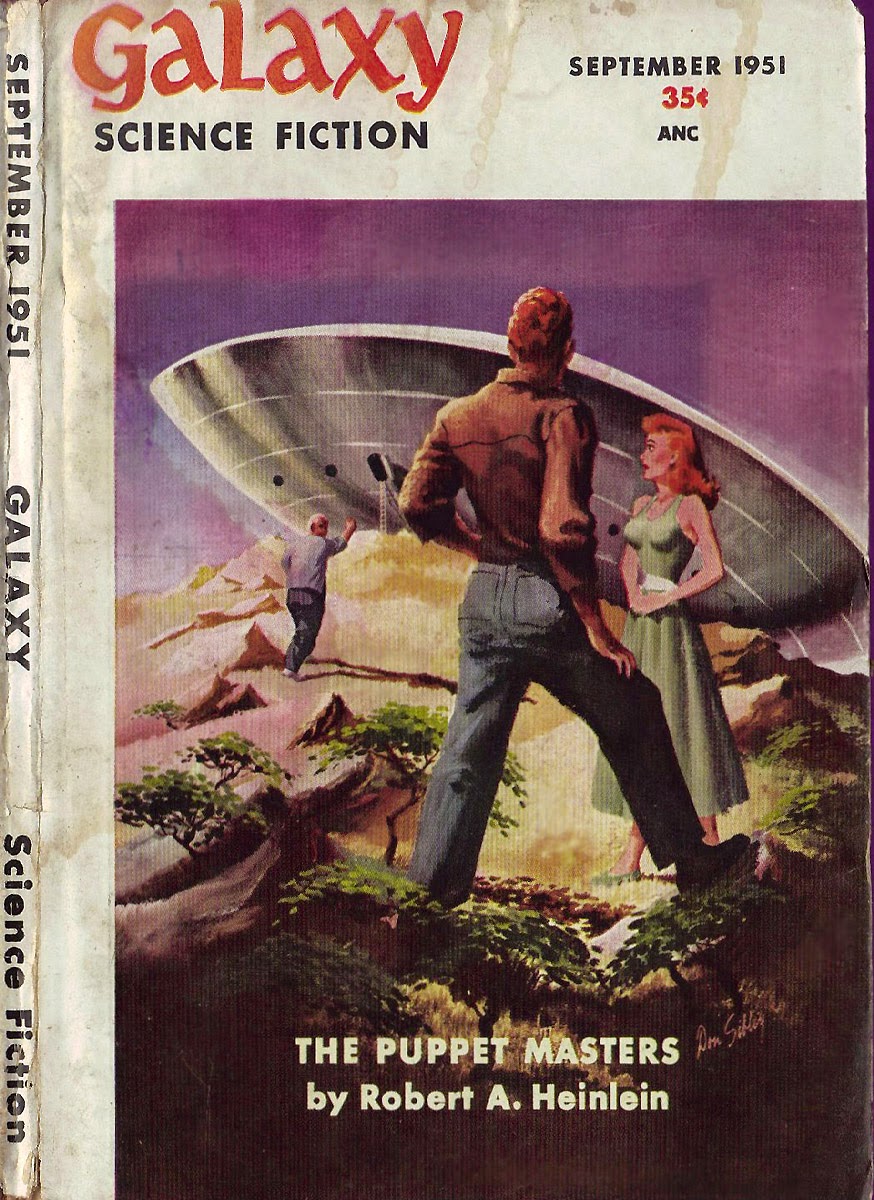 The Puppet Masters, by Robert Heinlein

Here's my first Heinlein for adult readers rather than young teens.  It's still fine for them as well, actually, but as a category this isn't one of his juvenile titles.  (Some of the material was pretty daring in 1951 but now, not so much.)

"Sam" is an agent for the most secret branch of the US's spy network.  He's called in to investigate a possible alien landing.  He and his partner "Mary" are shown a dummy setup--a hoax--but there's something very wrong somewhere.  There really was a landing, and "puppet masters," parasites that take over the brain, are slowly infiltrating the country.  Sam, Mary, and the rest of their organization first fight to convince the government to believe them, and then to save the world from the masters.

The really neat thing about this story is (this is not much of a spoiler) that Sam becomes a victim.  We see the masters from the point of view of their hosts, and it's great stuff.

Puppet Masters was written in 1951 and was, I should think, probably one of the earlier 'parasite that takes over humans' stories.  My daughter and I both thought it was really well done and had some interesting points that most modern takes on that plot don't have--most notably that the narrator is one of the victims.  Then, the masters stay on the outside of the body, so it is possible to identify them more easily, but they are also very numerous...and tricky.  Chances of defeating them are small.

The one thing I found odd about the characters and story was some of Mary's behavior, but I'm pretty sure that's supposed to be part of her backstory; she's been through some very strange things and it's had an effect.

I liked Puppet Masters a lot; it's definitely going into my list of books to re-read.

Carl V. Anderson said…
I love The Puppet Masters. It is one of my favorite Heinlein novels as well. It is one I need to re-read sometime soon, it has been too long.
January 11, 2015 at 12:36 PM