I was really looking forward to Regensburg day.  Regensburg is a little far to go for the area we were exploring, but our trip leader had lived there as a young man and wanted to show it off.  This was great with me because way back when I did an exchange trip to Denmark, my host dad was from Regensburg, and we visited Oma a couple of times.  Regensburg is something of an unknown gem and a wonderful little city.  It was hardly bombed during the war and still has its medieval town center.  The Middle Ages was Regensburg's heyday, as it's located on the Danube river at the last navigable spot and was a center of the salt trade.  For a long time it was known in English as Rattisbon. 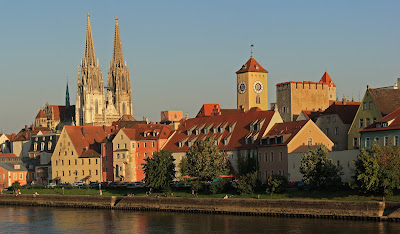 So we walked around the city center.  Regensburg is dotted with a few oddly tall and narrow towers; back in the day, families showed off their wealth by building these towers as their homes, and some still remain -- and are lived in.  There is a massive and ornate Gothic cathedral, and a very famous stone bridge that dates back to Roman times.  Next to the bridge is 'the world's oldest fast-food restaurant,' a little place that sells bratwurst and has done for several centuries.  And there's the remains of a Roman city gate.  But the thing I like best about the center of Regensburg is just that it's such an old town that all the buildings are kind of odd -- a set of medieval windows here, an ornate outcropping there.  It would be a delightful place to live. 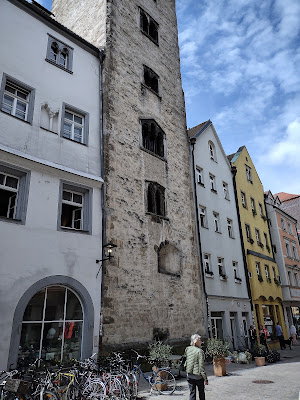 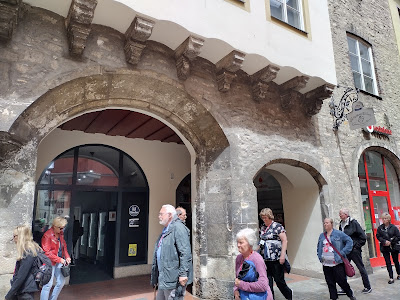 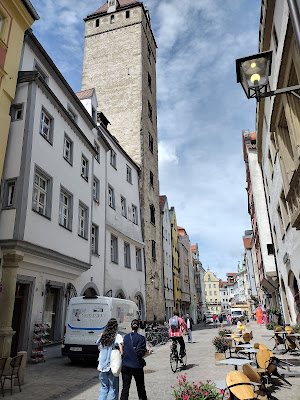 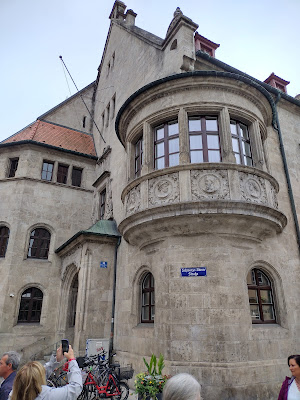 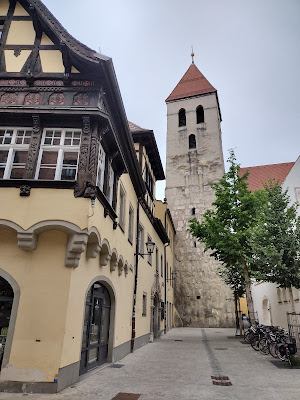 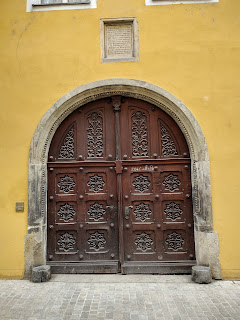 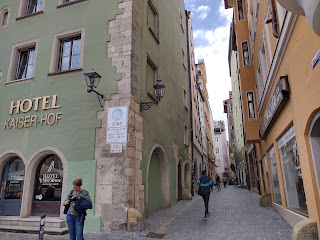 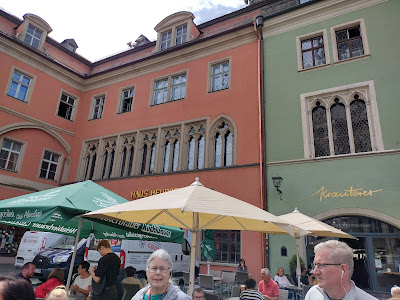 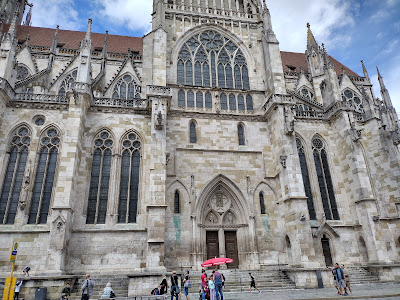 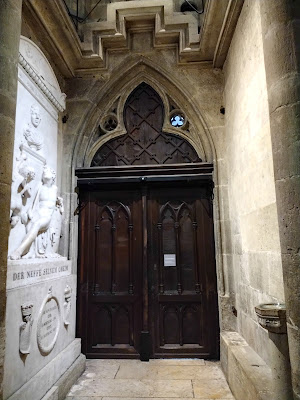 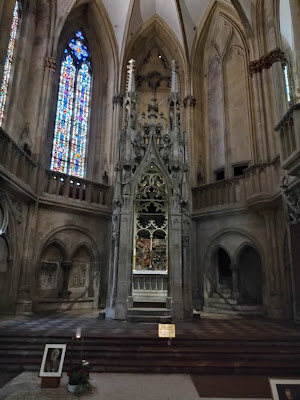 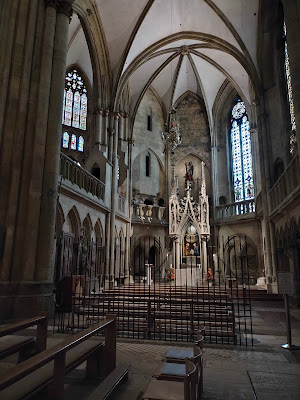 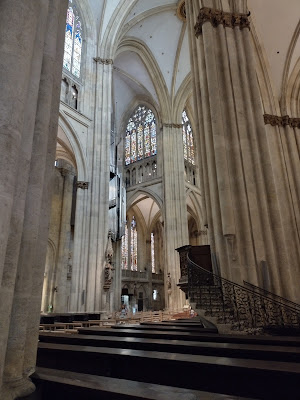 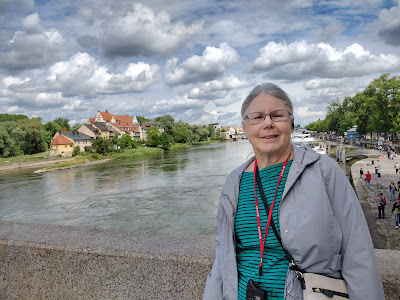 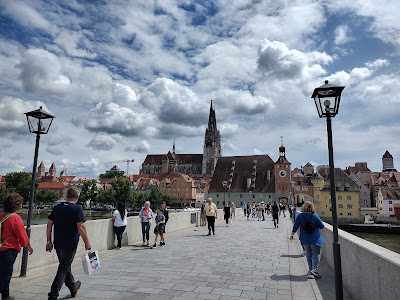 We had a couple of hours of being led around Regensburg, and then just a little free time for finding souvenirs or whatever.  I'd had some good luck finding bookmarks, and while my mom looked for more, I found an antiquarian bookshop that specialized in old prints.  I had about 3 minutes in this wonderful shop and could have spent hours.  For the tourist trade, the owner had lots of antique prints mounted for sale.  Many were simply illustrations sliced out of books -- an appalling practice, especially when perpetrated on a valuable book of say, botanical prints, but what I wound up with was simply a page from an old travel book with a charming illustration of Rattisbon.  Then I had to cut and run.

At this point my mom wasn't feeling too hot, and was coming down with a cold.  She wasn't the only one; in fact, we had a lady who went down with Covid and simply retreated into her room for the last 3 days of the trip.  By the next day, several people had colds, and Mom decided to stay home and rest while the rest of us ventured out for one last day.