RIP XIII #6: White is for Witching 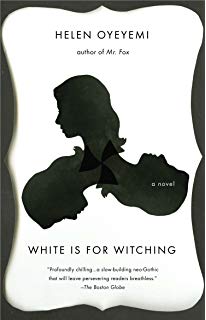 White is for Witching, by Helen Oyeyemi

Now this is what I call an RIP read! This was a weird, fascinating, and entirely spooky novel.

Miranda and her twin brother Eliot live in an old house in Dover.  They've been there for several years, since their father converted it to a bed-and-breakfast, but it's belonged to their mother's side of the family for four generations: first Anna Silver, whose husband died in the war; Jennifer, who disappeared, leaving her baby to be brought up by Anna, then Lily, who died while traveling abroad.

After Lily's death, Miranda became strangely ill.  She hates food but will eat plenty of other things.  She hears voices.  Miranda and Eliot are in college now, and they're both intelligent, but Miranda seems to be fastening on to Eliot in a strange way.  When she brings a friend home from Cambridge, the house -- holder of the Silver women -- is not pleased at all.

It's a very modern take on a Gothic novel, and just so well done.  Perspectives and fragments overlap, so that the reader has to work a bit to figure out what's going on. This is my first Oyeyemi novel; I've been meaning to read her for some time now, and I'll be continuing.  I really enjoyed this one. 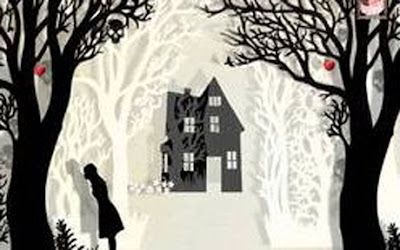