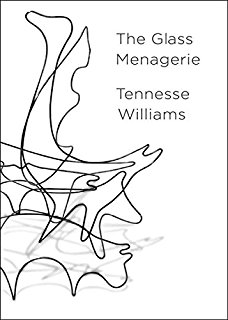 The Glass Menagerie, by Tennessee Williams


It's my second Tennessee Williams play!  Next thing you know, I'll be reading Cat on a Hot Tin Roof.

This is an intense family play that makes you feel shut in.  It has only four characters and takes place entirely in the family apartment, and is narrated by the brother Tom from years later.  Amanda, the mother, is a former belle who loves to reminisce about her beaus, because now she works hard to make ends meet and worries all the time about what will become of her children.  Tom, an aspiring poet, works in a warehouse to support the family but is dying to get out and get free.  He spends all his time out 'at the movies.'  Laura is very fragile and cripplingly shy; she dropped out of high school and then secretarial school, hardly ever goes out, and spends much of her time polishing her collection of glass animals.

Amanda hounds Tom into bringing home a coworker, Jim, in hopes that Laura will find a beau or two.  Jim happens to be the popular high-school boy she had a crush on, and she panics, but then they have a nice conversation alone.  Jim encourages Laura to think more of herself, and she lights up; he even kisses her.  But then he mentions his engagement, and she is--quietly--crushed.  Tom, meanwhile, is preparing his getaway, and leaves his mother and sister to fend for themselves, never to return.

Amanda reminds me of Mrs. Bennett.  She is so afraid--with good reason--of what will happen to her children that she hectors them constantly and makes herself a blight upon their lives.  I have a hard time liking Tom; it's easy to sympathize with his frustration, less so with his willingness to leave Laura on her own.

Glass Menagerie is Williams' first big play, the one that gave him fame.  It's also semi-autobiographical, with the characters based on his own family--he is Tom.  Williams' mother was inclined to intensity and his sister, whom he was quite close to, was mentally fragile.  Tragically, she was subjected to a lobotomy (which horrified Williams, who was not informed) and spent the rest of her life in institutions, with part of Williams' fortunes going to support her care.

The play opened in 1945 and was soon a hit.  The actress who played Amanda, Laurette Taylor, was so well regarded that very few Amandas since have been able to measure up.  It's interesting to see who has played in various revivals or films of the play; most recently, Zachary Quinto played Tom a few years ago. 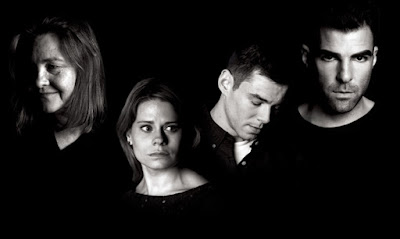 I'm glad I'm finally getting around to reading some of these classic American plays that I've never read before.  My American literature really is awful and it's good to work on it.