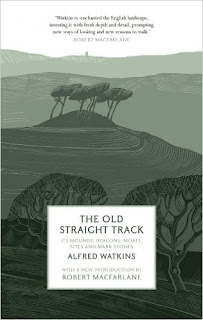 Hi everybody!  I'm back.  I took my kids (and mom) down to the Central Coast for about a week, and we had a really nice time.  When I get around to getting the pictures off my camera I'll show you some.  Once we were home, it was time to get serious about preparing for the school year.  Today was our first day of school, and I now have a 7th grader and a sophomore, which seems a bit preposterous but it's true.

As you may imagine, I didn't do a lot of reading while I was gone (I read my friend's daughter's Nancy Drew story, and not much else!) and so far it's been a little difficult to get back into my groove.  I've got two or three huge tomes going and I'm being reeeeally slow with them, oh! and I started Thomas Pynchon's Vineland while I was sitting on the beach, and I like that, and I tried Lev Grossman's The Magicians --because I liked the spine design--but it's pretty much Harry Potter if everyone was a disaffected and grouchy young adult, and everyone was unpleasant to each other, and there was no Voldemort or apparent purpose in doing magic (as far as the novel goes, I mean obviously magic is cool).  I'm sure it gains a point sometime, but I got about 100 pages in and I still disliked everyone, so I quit.  But I DID finish The Old Straight Track, so here goes.

In the 1920s this fellow Watkins came up with a new theory about Neolithic man in Britain--well everywhere really, but he was focused on Britain.  He posited that the inhabitants had developed a sophisticated system of tracks for trading purposes.  These tracks were planned by skilled surveyors who carried two staffs to sight with, and marked with stones, beacons, and various other landmarks.  Anyone could tramp around their countryside, armed with a detailed map, and search for the signs of these tracks, or you could even do it at home.

Watkins called the tracks leys, and although he did not attach any supernatural significance to them (he did figure that the surveying skill became part of the Druidical religion), others soon did.  You probably know ley lines as a New Age-type idea of lines of power networked over the earth, connecting nodes of special energy.  None of that came from Watkins.  He was all about the trade networks.

And he really piles on the 'evidence' in this book!  There are chapters for each kind of landmark--stones, ponds or moats, groves of trees, tumuli, churches, and so on--the idea being that many mark stones eventually were built over by mounds, churches, or other later structures.   He really gets enthusiastic about etymology, pointing out place names that seem to him to refer to surveying, beacons, or the goods carried along the tracks.  (He never does explain how Neolithic terms stuck long enough to enter English.)

While you're immersed in the book, it all sounds like there must be something to it.  So many straight lines can be drawn over the English countryside!  But, to quote the introduction:


None of it was true, of course...Watkins' work was an example of what is known as 'apophenia' or 'patternicity,' which [is] 'the tendency to find meaningful patterns in meaningless noise'...

The problem is, there are an awful lot of stones, tree clumps, mounds, and churches, and you can draw a line practically anywhere in England and hit a bunch of them.  Watkins' own maps are suspiciously prolific of leys; he's often got so many on one patch of land that you wonder why on earth anyone would bother with them all.  And the answer is that nobody did; it's random.

It was a wonderfully seductive theory, though.  People loved it.  For one thing, it made a great hobby; anyone could tromp around with a map.  It was inexpensive and fun, and it felt like being on a quest for secret treasure.  Watkins told everyone to go out and find leys too; after all, he really only knew Herefordshire well, and there was all of Britain to explore.

Even the reader who wants to be persuaded will eventually notice Watkins' leaps and assumptions.  His etymology is often incredibly wishful, and he's prone to saying things like...


[An acquaintance] reported a fine mark stone at Burfa, and on visiting it I found that the line which (on other evidence) I had marked on the six-inch map went precisely through it.  The rock outcrop must have been a primary point (I have marked it as such), and was presumably a station for assembly or Druidical practices....

Now, come on.  Really?  There's an outcrop of rock, and therefore it was a gathering place for Druids?


It's an interesting read because it was such a popular theory for a while, and because he's so enthusiastic.  So it's kind of enjoyable, but in a sad way, and also it's kind of slow going because I, at least, kept stopping to look at Google Maps and try to figure out these lines.  Which is nearly impossible, by the way.  Half of his landmarks are not catalogued on Google Maps at all, and the lines don't really fit on the screen.  I wish somebody with a lot more knowledge and interest than I have got would make an online map that features all the lines Watkins came up with, but we looked around for one and couldn't find any.

It's an eccentric book and not one that will appeal to many, but I've been wanting to read it for years so I'm happy to finally have gotten the chance.