I have various things to talk about, some upcoming events and whatnot... 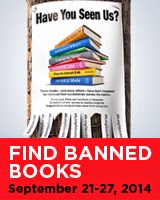 Guess what??  Lory at Emerald City Book Review is hosting a special Diana Wynne Jones event!  During Witch Week, there will be a readalong of Witch Week and discuss a new DWJ book daily.

I always love a good DWJ event and I think it's a fantastic idea to have it during Witch Week. :)  Can't wait!  I hope you'll join up too!


In other news, I've been reading Romantic fiction for the Classics Club September theme and incidentally for RIP IX.  I've finished Frankenstein and will post on that pretty soon. I'm also well into Melmoth the Wanderer, which is quite interesting and (bonus) Eugene Onegin's favorite book!  So far we have all the classic ingredients of a good Gothic tale: crumbling ancestral halls, an old sheaf of papers found in a drawer, nearly indecipherable, a survivor of a shipwreck with a fascinating tale to tell, and scary bad monks.  As a matter of fact, the monks have kind of taken over.  I'm about a third of the way through, and the shipwreck survivor is telling his tale of oppression at the hands of Spanish monks--and so far he's been talking for about half of the third I've read.  I'm wondering if he will ever escape, or if the book will ever get back to Melmoth.

And I'm reading War and Peace, a tale of Russia and the Napoleonic wars.  I think it's interesting that Tolstoy refused to call it a novel; he seems to have considered it to be something else, and indeed it is not  structured like most novels.  It does, however, remind me of some other giant books I've read, like In the First Circle or A Suitable Boy, where the author wants to give the reader an image of a whole society at a particular moment in time, so there are many, many characters in different walks of life.  War and Peace is not, so far, as all-encompassing as that, but it's kind of similar in feel.  My 1300-page paperback is so unwieldy that it's not easy to read as often as I usually would; this is one case where having it divided into two or three volumes would really help a lot, and would probably be worth the extra price.

We definitely have an abundance of great reading events and challenges at this time of year! I'm glad you're joining in on the DWJ event too. :)

Thanks for spreading the word about Witch Week! I'm glad you'll be joining us too.