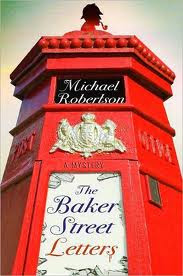 This was an OK light mystery. Two lawyer brothers, having taken over the office block on Baker Street in London, are obligated by the lease to answer the letters that show up for Sherlock Holmes. One brother realizes that there's a real mystery to be solved, and takes off for Los Angeles, with the other brother chasing him to bring him back to his senses. It wasn't terribly Britishy, and the mystery was all right but not great--like many modern books that leverage classic names to get recognition, it can't live up to the standard it implies by invoking Sherlock Holmes. But it was reasonably fun.